INSIDE STORY: Frictionless MaaS – how was it done?

Earlier this year the Italian city of Genoa hit the headlines thanks to the deployment of a Mobility as a Service (MaaS) network that was not only ticketless, but didn’t even require users to take their phones out of their pockets. But how was it done? Intertraffic World’s Paige Smith talks exclusively to the experts involved, and uncovers the challenges they faced and solutions that were deployed.

Hitachi’s 360Pass smart ticketing app aims to eradicate the need to purchase a traditional paper ticket. Instead, the app connects to Bluetooth sensors scattered around the city at transportation networks that know when a passenger with the mobile app has boarded, how far they have travelled and when they disembarked. 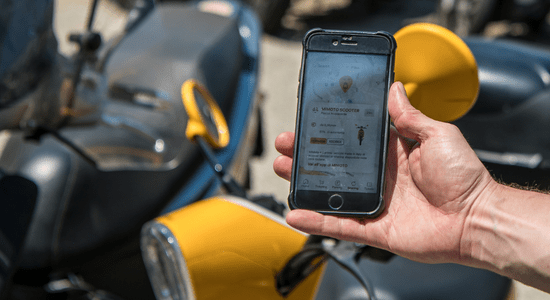 The Bluetooth sensors allow for the creation of a ‘digital twin’ of the region’s transport and passengers’ end-to-end multimodal journeys. This real-time electronic map of how the city is moving will allow operators to optimise services, timetables and create a system that better accommodates the changing needs of passengers.

In the launch programme Hitachi connected 663 buses, 2,500 bus stops, the metro line, two funiculars, one historic hillside railway, 10 public lifts and two suburban bus routes that span 50km. Users also have the ability to hire an electric car using the app, pay for parking or find an e-moped. The trail wasn’t without its hurdles though.

“We needed to take into account the geography of the city. We had to install 7,000 sensors, that’s one at each and every transport stop [batteries in the sensors should last around five years]. We had to really do some engineering for the installation plan. But sometimes a plan versus the reality can be another story.”

One of the difficulties the team faced was fitting sensors in certain places, including public lifts. “We couldn’t just put the white sensor in there because of the historical importance of the public lift,” says de Grazia. The solution was to wrap the sensor in a dark colour wrap and hide it somewhere, such as behind a seat. “In terms of the physical installation, it was complicated,” he says. 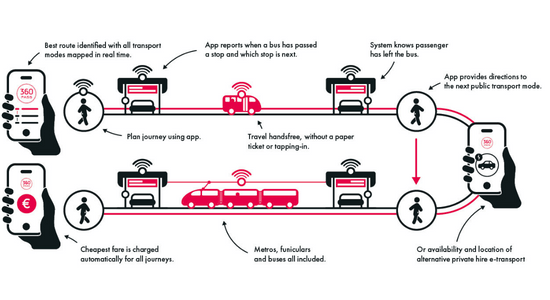 The development of the project wasn’t entirely smooth sailing either. “We built our own beacon,” he says. “And we are the only company, as far as we know, which really certified this technology for use in these mobility applications. No other companies in the word do it.

“We had nine months from the concept of the project to the delivery, at times it felt like we were in a blackhole, but we did deliver on time.”

the question of gdpr

“A further challenge was related to the contractual schemes and the finalization of the contracts,” says Barbara Ferrari, head of sales for Central Eastern & Southern Europe at Hitachi Rail. “The management of the data was a critical part for us. All the data had to be anonymized and the GDPR had to be taken into account. This was something that we needed to be very careful about. We considered all the difficulties we could face in order to protect the data. The most important aspect for us was compliance with everything,” she says.

The 360Pass is being delivered in partnership with the city’s public transport operator, AMT, and the Municipality of Genoa, using the local brand name GoGoGe.

“AMT was really excited about the project, so they actively supported the project management, so things worked out well,” says de Grazia. “But in terms of delivery, I’ve been a project manager for 15 years and this was one of the most complex projects I have ever delivered. We had to work completely differently to how we normally do as big conglomerate.

"The whole project has been a total trail. We tried things, hit setbacks, and then would redo them and ultimately it now works" 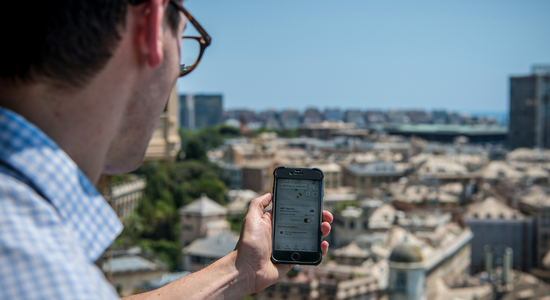 Regarding the future development of the project, the team are optimistic. “The data that we have collected, and the results of these trials are very positive,” says Ferrari. “The application works very well, the client is very satisfied, and so are the passengers because they can see there are a lot of advantages. We are sure that the app is stable and there will be efficient development."

Ferrari believes that the platform is flexible enough that it would be easy to adapt for use in any cities, including any transportation service that are available in other cities. “The strategy and the target of Hitachi is to use the success of this trial in order to promote these solutions and to have the possibilities to sell to any customer,” she says. “We want to implement this in different cities and continue to add new services.”

“We have a core, which fits for megalopolis, but it also fits for smaller cities, then, of course, the number of services you put on top of the core is dependent on the city you're working in. You must configure it, but the logic behind it stays the same. That's the magic of it.” 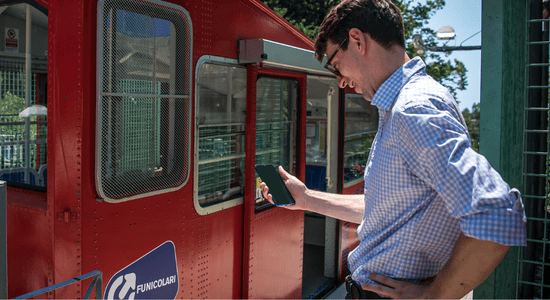 Ferrari agrees: “There is no limit to the services that you can include within the platform. So, if there is a city that needs to include e-scooters, or e-bikes, taxis or even boats, it’s possible. You can add any transportation mode or any service that is available for transportation. For this trial we selected these services because they were the services that the municipality and the operator wanted to include at the first stage. But this is not a limitation for our platform.”

That's the great thing about it,” says de Grazia. “It's not built around the app itself, it's the technology, and the connection.”

The trial represents a first working example of a completely frictionless Mobility as a Service solution and the company believes that the technology could work anywhere in the world.

“The advantage that we have as a company is the fact that we are in the transportation business and have been for many decades. Our added value is that we can connect with all the services and all the data within the transportation world. We know what the needs of the clients are,” said Ferrari.

Author: Paige Smith
This feature is a preview. To read the full version, don’t miss the forthcoming 2023 edition of Intertraffic World magazine.