Why are public transport costs so different from country to country?

Forward-thinking governments and their equally sustainably driven transport departments are taking steps to ensure that travellers increasingly use their public transport systems and leave their cars at home. Travellers are also constantly under pressure to, where feasible, travel by train rather than plane. 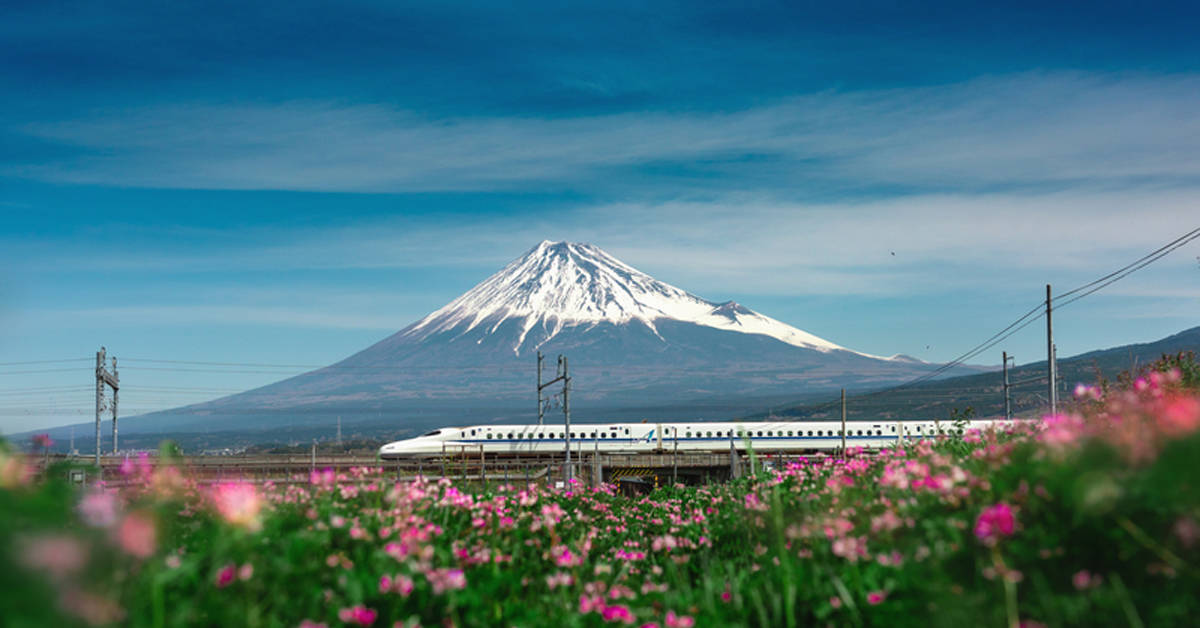 One reason that drivers will often give for taking the “easy option” and using their own personal mode of transport is cost and, despite the obvious reasons for choosing public transport, it’s not difficult to see why. Here’s an example: if you want to buy a return train ticket (standard class) from Liverpool Lime Street to London Euston at 0800 on a Tuesday it will likely cost you over €500…
Feasibility is the key word. If travellers are presented with a viable public transport option (viable in terms of both cost and convenience) then there’s every chance that a fair portion of them will take it – but how many cities actually do offer a viable alternative that can genuinely be categorised as sustainable mobility?

In terms of cost, there are huge discrepancies across the World, from city to city, country to country. A monthly All Zones Oyster Card costs Londoners over €300 (23% higher than it costs their counterparts in Sydney), while in Indonesia’s capital, Jakarta, you can buy a similar pass and still have change of a €10 note. This comparison, of course, could be labelled as “apples v oranges”, but on a more even keel the average monthly cost of public transport usage in Dublin, as another example, is more than 30% higher than in Tokyo, consistently ranked as a city with one of the world’s highest standards of living. So what are some of the reasons behind these discrepancies?

“It depends on how you actually define public transport and what public transport is to a society,” says Thomas Geier, Research & Policy Officer at EMTA, the European Metropolitan Transport Authorities.

Vienna-based Geier uses his home city as an example of one that has, to simplify the conundrum, got it right.

“The annual public transport pass for Vienna is €365, effectively a euro per day. This is simply because the city says if we do not have a functioning public transport system that is affordable to everybody will not be reaching our quality of life standards and clean air standards, and so on, Is Vienna’s PT system a true utility? Is it something that that simply must be provided and there's no proper unit cost connected to it?”

"It doesn't matter if you live in central Stockholm, where housing is very expensive, or you live very far outside, you have the same cost to access any kind of job in that area"

A QUESTION OF COHESION

The phrase “joined-up thinking” is often over-used but with respect to how public transport systems should be organised, it’s a perfect fit

“You have to examine the policy goals, of countries or regions, depending on who organises the public transport services, and how connected these services are if it's really a social cohesion question,” he suggests. “Where we know that public transport can solve certain problems, for example housing policy fails, or job distribution, then you see politicians in charge of public transport that use the pricing, and the ticketing structures to reflect or kind of solve these failures of other social functions.

“Stockholm is a good example. It’s quite expensive in public transport terms, I think it's the equivalent of €4 per trip, but it is for the entire region. So it doesn't matter if you live in central Stockholm, where housing is very expensive, or you live very far outside, you have the same cost to access any kind of job in that area. That is clearly a balancing exercise. The issue of social housing in the region is kind of addressed by that choice.”

Geier asks a rhetorical but nonetheless crucial question: why does the user-pays principle only apply to public transport, but not to car use?

“With highway infrastructure, and street infrastructure, in general, we pretty much accept that the public taxpayer is supposed to pay for that. Whereas in public transport, because you always have to buy a ticket, you're actually contributing to the operational revenue every time you use it. So this distribution, this dysfunction doesn't add up, in a sense. And some countries then actively choose to make public transport artificially more affordable, simply because making the car more expensive is politically undesirable.

“That's the difficulty you always have with any utility. What's the minimum service level to make it an acceptable service?”

The perception of public transport, rather how it is viewed by the very people it is designed for, also plays a significant role in the argument. Intertraffic suggests to Geier that in the US riding the bus is not universally recognised as a convenient way of getting to work, but more a reflection on the social standing of the passengers on board.

“But then on the other side of the spectrum, you have another developed country such as Japan, where taking the train or taking the high speed train is socially desirable,” Geier responds. “In that regard, the US is very difficult, because I would argue that, apart from probably the New York City metropolitan area, you hardly have transit that is on a par with what someone who could also afford a car would actually consider to be a good service.”

“That's the difficulty you always have this issue, as with any utility, though,” he continues. “What's the minimum service level to make it an acceptable service? We're quite fortunate in Western Europe that pretty much every city offers that. So here we can ask that question of what do we want to solve with public transit? In the US they're just not at that level.”

"It's a chicken and egg question situation. What needs to be there first - do we have a demand and we feed the demand? Or do we actually create a service level that induces a demand"

In terms of what is driving what, in the world of PT, Geier is crystal clear in his assessment.

“If you look at public transport, it's not the price that actually drives demand for it. It's the service level. So we see in areas where the service level is good, we can compete with car journey times and, ideally, cut journey times without congestion. But for me, as someone working for a Transport Authority, I actually think congestion is the best thing that can happen to us, because that artificially creates a better ratio of public transport to car journeys, particularly in peak time. So it's service level that drives demand rather than price, as price elasticity is quite poor in public transport.”

In that regard, what should authorities do to increase the service level to where it’s universally acceptable?

Says Geier: “It's a chicken and egg question situation. What needs to be there first - do we have a demand and we feed the demand? Or do we actually create a service level that induces a demand, which is the same that we do with the car, every time we build or enlarge a highway? You increase capacity, traffic increases and it's the same in public transport.

“So to answer the question, authorities should go about increasing service level but there are interesting ways of doing it,” he proffers. “Austria is actually quite a good example for that, where they chose to artificially reduce public transport costs. A national rail pass in Austria, where you can take all public transport, Metro buses, trams, and also the intercity trains, is, effectively €3 per day, so only €1095 per year and that's extremely cheap. This was introduced about a year ago and the trains are already full and we need more trains!”

By reducing the price Austria has created a certain peak demand, because everybody is now suddenly taking the same trains.”

“It’s nothing to do with ticket price reflection anymore and there’s no steering of demand anymore either. Sometimes it is possible through some nice marketing and some nice pricing measures to actually shift the political discussion towards the increasing need for vehicle capacity.” 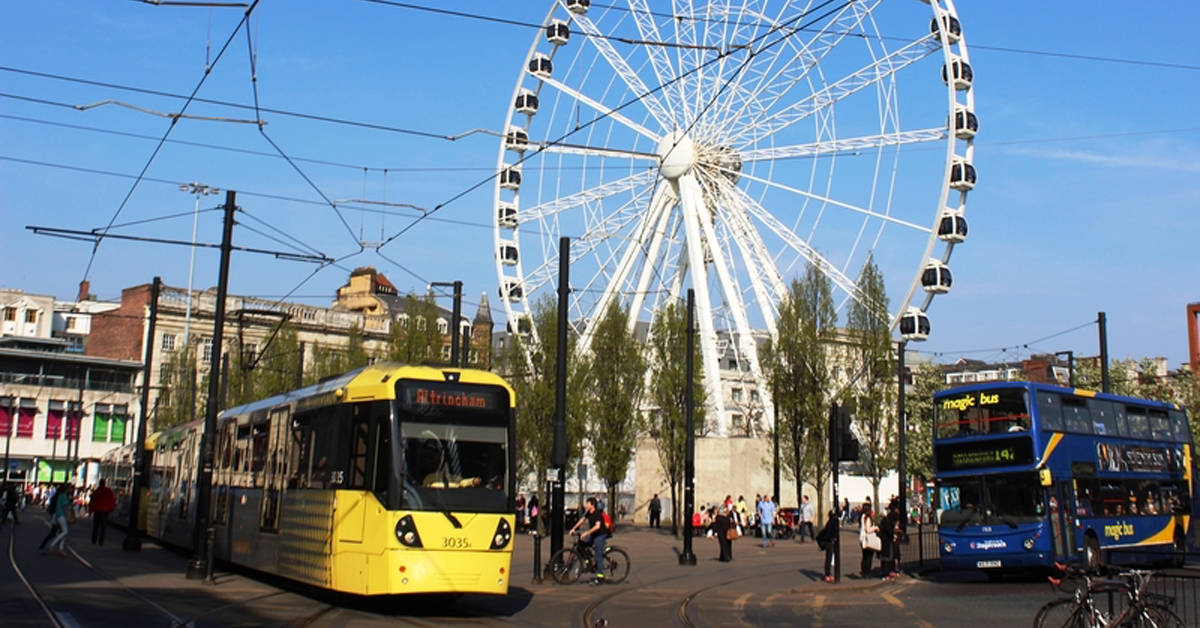 ALMOST BACK TO NORMAL

Again, referring to the UK, but Transport for Greater Manchester has this week reported that public transport passenger levels are “almost” back up to pre-pandemic levels. This is, as it turns out, not peculiar to Manchester.“In April at EMTA we held a meeting where we had all 31 of our transport authorities together in Lisbon and we were between 80 and 85% of ridership overall, but what was interesting to learn was that at weekends ridership is at 110% of pre-pandemic levels. People are travelling differently,” Geier concludes.

"In April at EMTA we held a meeting where we had all 31 of our transport authorities together and we were between 80 and 85% of pre-Covid ridership overall, but what was interesting to learn was that at weekends ridership is at 110%"

“For example, in London, the local bus networks are actually running quite well. Whereas the tube not even up at 80% yet. What we actually want as transport authorities is that someone that commutes for work has a ticket that also pays for their spare time journeys on public transport. If you travel four times a week, back and forth, you would have your weekly cap, pretty much. Monthly passes are calculated on that basis that you travel at least four times during the week. This creates your monthly pass, and you can use it in the evenings as well.”

The question is do we need to change our pricing models in order to adjust to what is still a relatively new reality? And what does it look like?

“One good example in Frankfurt,” says Geier. “They now have a subscription service where if you travel to the office three days a week you get at least a discount on the other journeys you make. This is what authorities are playing around with at the moment to really see how do we how do we need to capture that and how can we create an offer that is that is useful?”

In summary then, if the service level for your given journey is acceptable, and that's not more than 1.5 times longer than the same journey by car at a comparable cost, or even a cheaper, then you have a good public transport system and you will reach modal shift everywhere where these services exist.

How to restore faith in public transport

Public transport after COVID-19: a question of trust?