How to facilitate mobility for disabled travellers - Part II

21st Century smart mobility technology has undoubtedly made travelling far less arduous and stressful for disabled people, but there’s still so much more that can be done. Across three articles Intertraffic spoke with three figures from the world of transport and mobility, all with different disabilities, to find out just how inclusive inclusive mobility actually is.

Sandra Witzel is Chief Marketing Officer and Board Director of MaaS platform provider SkedGo, co-founder of Women In Mobility UK, board member of the Mobility Council EU Tech Chamber and an advocate for Accessible, Inclusive & Sustainable Mobility. 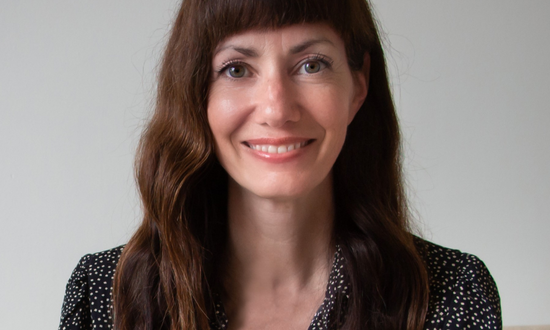 Can you explain to those members of the Intertraffic community who might not be familiar with your company just what it is that SkedGo does?

SkedGo is what we call a Mobility as a Service platform provider. We want to change the way people travel with our technology, without sounding too grandiose. We're trying to change the one-size-fits-all, silo-focused transport model that we have at the moment and turn that into something that is user-centric, that doesn't start with a transport mode.

This has to start with user needs, so what we do is we take all the available transport modes, put them into one application and then provide meaningful journey planning, results, booking and payment based on their needs. Those needs can be related to speed, convenience, carbon emissions and, of course, accessibility and active travel. We can tailor these applications to the client’s needs and over the years we've built a lot of features in terms of accessibility and wheelchair-friendly routing into our algorithm as well.

Focusing on the accessibility angle, what are you working on at the moment that is geared towards the mobility-impaired community?

There's some really interesting stuff happening in the space. When you look at the needs of a traveller with disability, uncertainty and lack of information are really big problems. I notice this myself, as I can don't walk very well. If I take the train, I can't manage the large gaps between the train and the platform that the UK has and hasn’t improved in the past decades. That causes a lot of anxiety and that's something that journey planning can help with by providing information and reducing that uncertainty.

This is where passenger assistance apps come in, for example, as the information they provide allows for the certainty that there is someone at the station who can help you. Where the app works really well, unfortunately, the other end doesn't work that well because quite often, there is no one there. What we do is provide this information in the best possible way and accessible mobility in particular depends on data availability. So if we get the data on how busy stations or carriages are, or whether there is step-free boarding or step-free access to the station, the timetables, the real-time information of whether the lifts or the escalators working, then we can take all that and create meaningful journey plans for people with disabilities that reduce that uncertainty.

However, sometimes we just don't have the data. It’s really important for us to encourage transport service providers and governments to make open data available to everybody so that we can take that in and innovate. We're trying to take these things that we're doing at the moment, and take them further and create a sort of even more rounded journey planning profile that includes for example, safety, routing, like street lighting, CCTV, weather information, because that might change how someone travels, especially when you have a disability and you're very slow to get around.

There’s clearly so much more work that needs to be done, but is there a solution that you’ve come across recently that, if you excuse the cliché, ticked all the boxes?

Yes! Another interesting point is indoor wayfinding at train stations. It quite often relies on Bluetooth technology, but that is there - it just needs to be implemented. There's another really smart technology that's available in Scotland at the moment that sounds like such a simple thing. But it's a little piece of hardware called Button, created by Neatbox who also produce the Welcome app, that attaches to traffic lights, and then has a corresponding app on someone's phone. So that for example, if I approach a traffic light, and I walk very slowly, I can influence that traffic light to give me a longer pedestrian green phase. And that's obviously something that as a Mobility as a Service provider we could offer in our routing as well.

I suppose you could call that a personal last mile solution? So what actually can be done that's feasible and affordable, that would make a massive difference to people with limited mobility?

The problem is you can't change all the trains at once, but you can at least set a national standard for stations and carriages and then start to change it over time. But not even that is happening, sadly. So that's a problem as infrastructure improvements are not happening and in parts we're actually going backwards in the UK.

The problem is you can't change all the trains at once, but you can at least set a national standard for stations and carriages and then start to change it over time

Could you give some examples of that regression?

There's been a recent discussion to remove ticketing staff from smaller train stations, so that there would be nobody at stations, which obviously is a disaster for people with disabilities, because then who's going to help them onto the train? This will reduce the ability of people to travel even further, so while we're progressing in terms of technology, we're regressing in certain other aspects. There's new technologies like EV charging, for example, that are really interesting, because we're all going to be owning EVs in the next one or two decades... but we’re already creating EV charging stations that are not accessible because the needs of people with disabilities haven't been considered.

If there were accessible EV chargers we can take that data and we can display it in the app. There's a lot that can be done with technology, but it needs to be considered from the start.

So if you could, if you could remember one new bit of technology or bit of thinking, that would be a massive help to travellers with mobility impairments, what would it be?

Level boarding: just general step-free access from door to door. Because independent travel really is the only way to provide reliable options for people with disabilities. At the moment people with disabilities make 40% fewer trips than people who don't have disabilities and one of the reasons is they're generally poorer because they miss out on employment and education opportunities. They're more isolated because they can't travel. And also, the economy misses out. There's a report by Motability saying that if all transport was accessible to everybody, it would add £72nillion annually to the UK economy. That's a huge amount of money and crucially it’s a lot more than what it would cost to make it accessible, especially if you spread it out over several years. For me it's the infrastructure that needs to be fixed first.