Questions about mobility and the Dutch Climate Dilemma

Early last month, a Hague court upheld the legal obligations of the Dutch government to cut its emissions by 25% by 2020, relative to the rates of 1990. The move paves the way for governments everywhere to be held accountable for climate change. Energy is currently the key source of emissions in the Netherlands (96% according to the National Inventory Report of 2018), 18% of which is attributed to transportation. How can the Netherlands maintain its economic growth (73% growth between 1990 and 2017), which naturally goes hand-in-hand with an increasingly mobile population, and simultaneously reduce its transportation emissions? One of the key points in the Dutch government’s climate plan is a 2030 ban on the sale of non-zero emission vehicles (ZEVs). The Climate Group has issued a ‘Zero Emission Vehicle Challenge’ in which it asks automotive companies to engage in the ‘endgame for combustion engine vehicles’ and to include in their key performance indicators a sales percentage goal for ZEVs by 2025. Furthermore, government grants have reduced the price of electric vehicles and cities are becoming more electric car-friendly. For instance, charging stations in Amsterdam are always within walking distance, and the city council gives preference to electric vehicle parking permits.

However, many would argue that there should be less car, electric or otherwise.  There are, after all, environmental impacts related to the manufacture, maintenance and energy sources of electric vehicles (though, most sources are green). In addition to reducing exhaust emissions, the livability of cities is increased through the reduction of noise pollution and the drudgery of slow-moving, superseding traffic. For people living in cities, public transportation is an obvious and (in many cases) more convenient option than owning a car. Amsterdam has just this year opened a new metro line, Line 52, which takes commuters from the North of Amsterdam to the South in just 15 minutes.

Companies like Uber and Lyft make ride-sharing a very viable option for greener mobility. A study released by Lyft last year revealed that many of its users sold their vehicles specifically because the service was available. Of course, overabundant use of ride-sharing services would lead to an undesirable increase in road traffic and exhaust emissions (in the cases of non-ZEVs). However, the algorithms of these services are becoming more sophisticated and efficient. An example is Viavan, the newest player on the Dutch ride-sharing market. The app plans routes to pick up several passengers along the way rather than just one passenger. The result is a longer waiting time for the user and a somewhat clumsier route to their destination, but only 1 car is being used instead of 2, 3 or even 4, representing a significant cut in emissions.

Government measures taken to lessen traffic (and thereby, emissions) include higher street parking prices and fewer public parking spaces, advocating for investment in renewable energy (for the powering of ZEVs, for instance) and collaborating more with businesses and knowledge institutions in the fight against climate change*. In terms of mobility, these could include environmentally proactive automotive companies, efficient road and rail construction projects, green energy source initiatives, smart navigation systems which track traffic and road conditions, smart parking initiatives, and ZEV sharing initiatives. 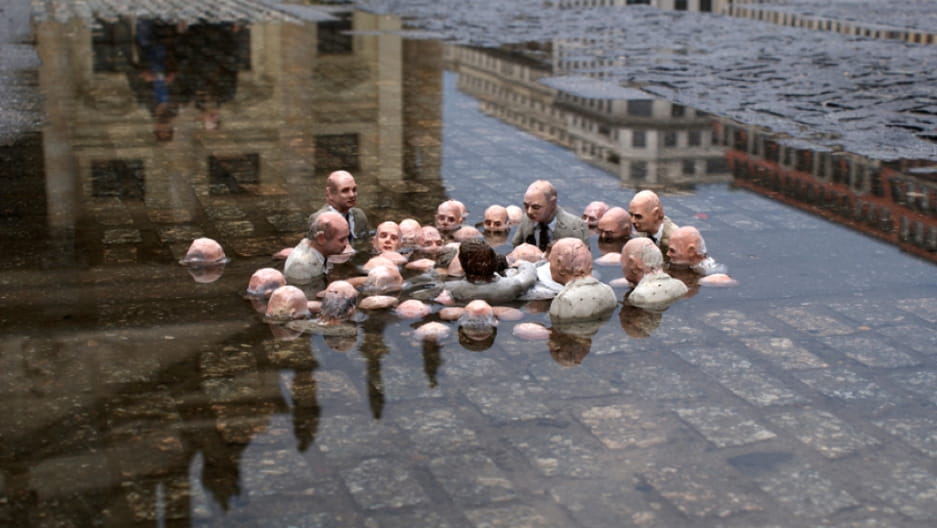 With just over one year until D-day, the Netherlands needs to take action. While being legally accountable under the world’s gaze is a significant incentive, the actualised and tangible threat of climate change itself is more so (as we no doubt realised during the record-breaking heatwave this Summer). As mentioned by Urgenda plaintiff, Marjan Minnesma, “...as a low-lying country, we (the Netherlands) are on the frontline of climate change”. There’s no better time to act than now, lest we become the figures depicted in Isaac Cordal’s sculpture which social media users have dubbed ‘Politicians discussing global warming’.