Not all messages to drive more safely need to be administered with a hammer or a klaxon. Sometimes a gentle nudge is all it takes.

Actibump is a smart, active speed bump that has been in operation in Sweden since 2010, the creation of Linköping-based tech firm Edeva.

It increases traffic safety and accessibility while reducing noise and emissions and intelligently leaves the road flat for drivers who stick to speed limit (or below it). Vehicles that drive too fast activate a hatch that is integrated into the road surface and sinks a few centimeters, creating an inverted speed bump. The driver receives a friendly reminder of the speed limit without impacting on tyre condition. Results show a clear change in behaviour - in places where Actibump is installed average speeds have reduced. You can’t argue with the data – and the data says that in over 100 sites where Actibump has been installed in Sweden there has not been one single injury.

The advent of Actibump clearly represents a major leap forward in the realm of what, in the UK at least, were once referred to as a ‘sleeping policeman’. As Edeva’s CEO David Eskilsson points out, four years is a very long time in the speed bump game.

“The policeman is awake! A lot has happened over the last few years but for us the main focus has been on solving the compromise between accessibility and speed. More people are walking and cycling or using some other active mobility mode – and there’s also perhaps more political will to make a change and view the cities as people-centric and no longer car-centric. Of course, no-one likes speed bumps but they’re often necessary as we are killing each other on the roads.”

Most speed-reducing measures, such as bumps and road-narrowing, cause unwanted side effects for those drivers abiding by the law. Additional deceleration and acceleration increases emissions, ground vibrations and noise. Another problem is that those who stick to the speed limit still suffer from having to surmount a speed bump, which among other things leads to bus drivers having a poorer working environment. Actibump has none of these side effects. Instead, the system has profoundly positive effects such as even traffic flows at a safe speed, cleaner air and less noise - a more attractive and pleasant environment for everyone.

“What we’ve done,” he says, adopting a more serious tone, “is introduce the concept of selectivity by speed. It’s based on fairness – if you are not speeding then you don’t have to drive over a speed bump. We’ve created a flat road for as many people as possible. If you choose to speed or happen to speed then you get a reminder of your behaviour. The compromise between accessibility and speed has therefore disappeared. Everybody’s happy.”

Eskilsson is looking to the future, and Intertraffic Amsterdam 2024, for the next stage in Edeva’s evolution. An Edavolution, perhaps?

“In two years time we’ll have an application through which we can communicate with self-driving buses – we’re already working on that. Plus we’re also involved with environmental sensing detecting particulate matter in cities, where mobile measuring will be the tool we use. We have mobile units that we can fix to buses that continuously measure air quality without the need for installing hundreds of sensors all over the city. The emission-free, silent buses can also act as sensor carriers.”

Global expansion for Actibump is also on the cards.

“We’re present in Sweden, Denmark, Norway and Iceland so it would be nice to add Finland and complete the Nordic countries,” Eskilsson says. “Then we’re looking at France, Germany, the Netherlands, the UK…  we know it takes time but we’ll get there.” 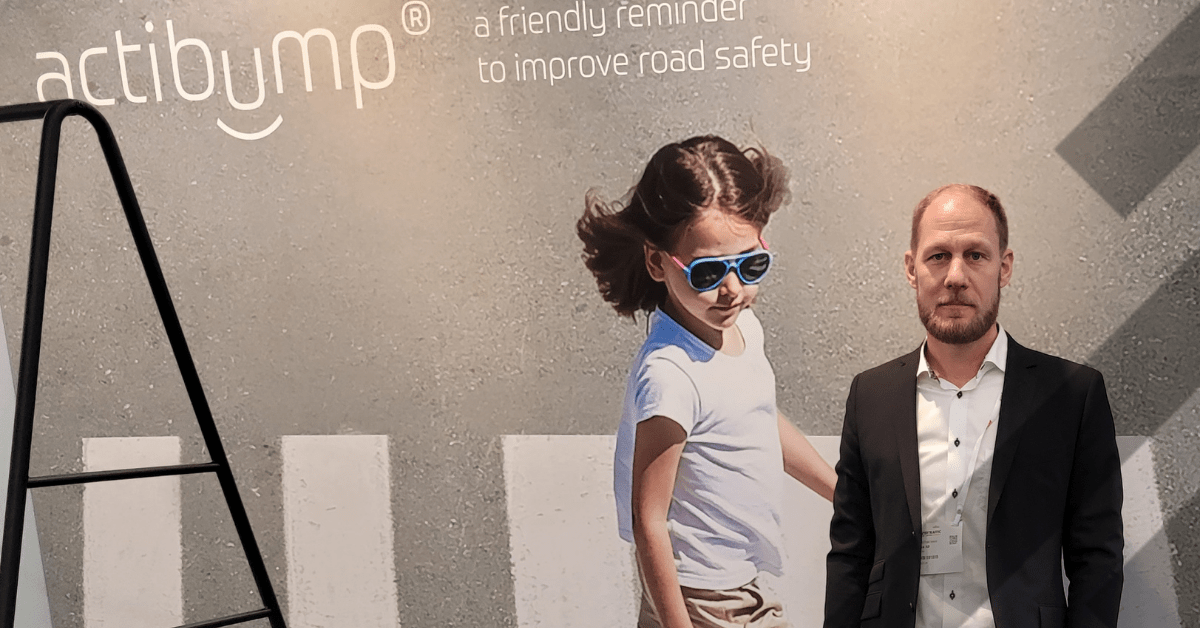