Protecting vulnerable road users is one of the most important aspects of any detection technology and if the pandemic has done anything it’s ensure that the interests of pedestrians and cyclists have never been further up the agenda. Intertraffic spoke with Teledyne Flir’s Stefaan Pinck about how his company is addressing this vital issue.

The irony of the situation was evident. A brief discussion on a bust Intertraffic stand about vulnerable road users with someone on crutches. Fortunately for Stefaan Pinck, Teledyne FIir’s VP of Sales for its Industrial Technologies Division, his lack of mobility is only temporary and caused by running for a connecting flight but if the affable Belgian wasn’t already acutely aware that the launch of his new ThermiCam2 sensor was perfectly timed, he does now.

“ThermiCam2 doesn’t need light to operate, and instead uses the thermal energy emitted from road users,” he says. “This enables the sensor to detect vehicles and vulnerable road users at night, over long distances and in harsh weather conditions.”

The ThermiCam2 offers 24/7 traffic detection for a wide range of applications but its focus, literally, is on the specific needs of cyclists, pedestrians and users of personal mobility modes.
“Because ThermiCam2 detects and distinguishes vehicles and bicycles approaching an intersection, it allows for a more dynamic control of traffic lights,” Pinck explains. ‘It quite simply makes the roads safer for everyone. The benefits are very clear.”

Central to the process is the FLIR V2X-enabled traffic sensor that collects data on vehicles, pedestrians and cyclists based on thermal energy coming off the environment and communicates this information to V2X-enabled vehicles or infrastructure. This information makes a wide range of V2X applications possible, including left turn assist, public transport priority and traffic signal pre-emption for emergency vehicles.

Adds Pinck: “The V2X technology inside ThermiCam2 V2X is a crash avoidance system that relies on the communication between nearby vehicles and traffic infrastructure. With the ability to capture heat energy data through a thermal sensor within the ThermiCam AI, and a visible low-light high-definition sensor within the TrafiCam AI, cities’ traffic signals have complete continuous monitoring, in all weather conditions and even through smoke for tunnel monitoring. The cameras are also Wi-Fi enabled for travel time calculations and other origin-destination applications,” he explains.

“In the future, the cameras can be retrofitted with 5G cellular antennas to support vehicle-to-everything [V2X] connectivity, which will further improve road safety.” 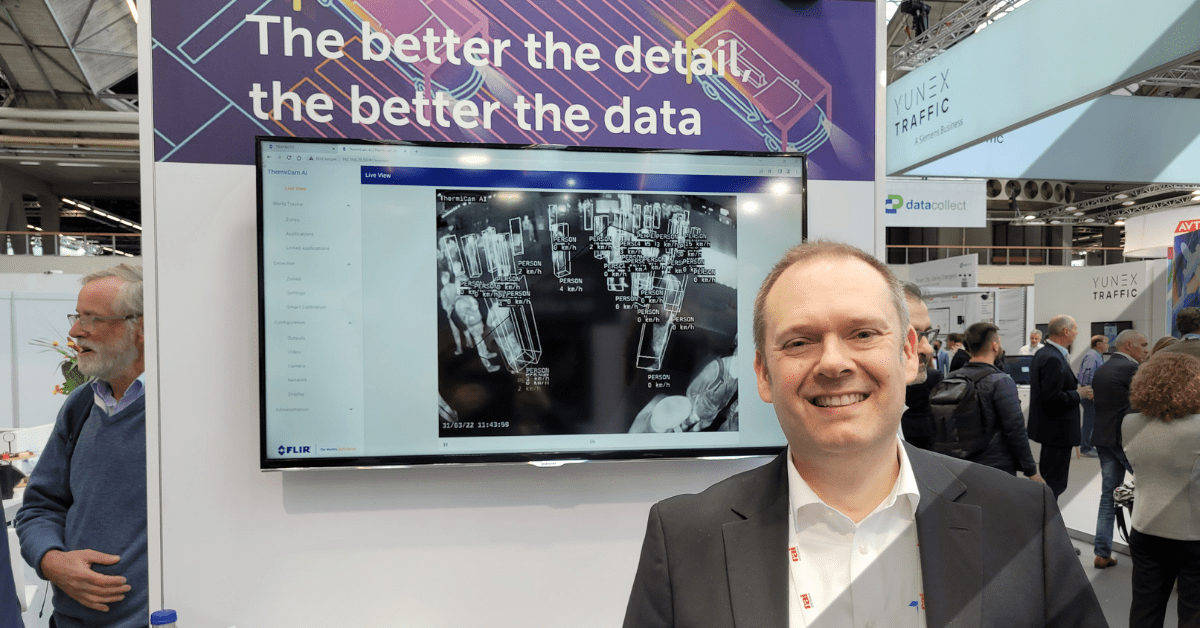