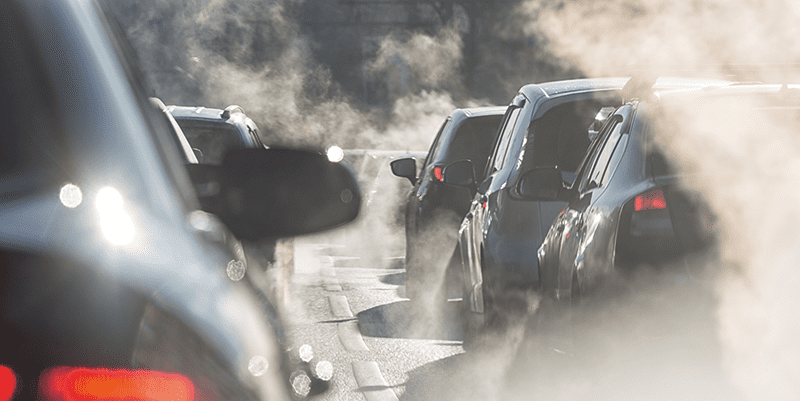 As cities around the world grow, all are faced with the problem of pollution from increasing numbers of motor vehicles. Consequently, low-emission zones look certain to be near the top of the agenda forroad authorities in the coming years. Mexico City is a case in point

On September 19, 2017, at 1:14pm local time, Mexico City was shaken by a 7.1Mw magnitude earthquake. Striking on the same date as its infamous 1985 predecessor, it was the most lethal earthquake to hit the megalopolis in exactly 32 years, lasting 20 terrible seconds. The world looked on as images of collapsed buildings, acres of rubble and desperate attempts to uncover survivors flashed around the globe. Early estimates put rebuilding costs at US$2bn and the death toll at 355 and rising. Writing about Mexico City’s emissions controls seemed utterly inconsequential, set against a catastrophe of such violent enormity.

Nevertheless, ambient air pollution is a more voracious (although less violent and visible) killer than seismic activity and contributes to 5.4% of all deaths worldwide, according to the World Health Organization (WHO). For decades, Mexico City has grappled with singularly compounded air quality problems, which reached a nadir when WHO declared it “the most polluted city on Earth” in 1992, at a time when bad air caused some 1,000 premature deaths and 35,000 hospitalizations annually.

A teeming sprawl of 21 million souls that has blossomed in the Valley of Mexico, the megacity is doubly assailed by adverse geography. Just as the shifting juncture of tectonic plates ordains its fatal susceptibility to earthquakes, so Mexico City’s position in a high-altitude basin dooms it to acute visitations of smog. A thick haze, irritating to the eyes and throat, descends and sits, its horizontal ventilation inhibited by mountains that engirdle it on three sides. At 7,000ft (2,250m) above sea level, the air is thin, exacerbating the harm caused by pollutants. The sun beats down unflinchingly.

High-pressure systems in April 2016 and May 2017 drove ozone levels above the danger threshold, triggering consecutive days of emergency measures.

The 5.5 million vehicles registered in Mexico City are a big part of the problem. Cars produce no ozone (a secondary pollutant formed in the atmosphere) and so transportation cannot be directly blamed for emergency ozone concentrations, whose formation depends on volatile organic compound (VOC) emissions from other sectors. But vehicles do generate 82% of Mexico City’s emissions of harmful NOX, the other precursor of ozone, and are responsible for around 45% of total CO2, 99% of CO, and 23% of large particulate matter emissions citywide.

Covering 1,350 square miles (3,500km2) around Mexico City, Hoy No Circula (HNC) is a scheme aimed at reducing vehicle emissions by 20%, first introduced in 1989. HNC assigns colored stickers to all vehicles according to the last digit of their license plates and prohibits them from driving one day per week: a car whose plate ends in 5 or 6 has a yellow sticker and may not drive on Monday, and so forth. Alongside HNC runs El Programa de Verificación Vehicular Obligatoria (PVVO), subjecting all vehicles to regular, mandatory emissions testing that assigns hologram stickers to the cleanest vehicles, exempting them from restrictions. In 2016, HNC was extended to prohibit vehicles with plates ending in odd/even digits on alternate Saturdays.

“HNC has been quite successful,” says Müller García. “Depending on the pollutant, the reduction in emissions ranges from 25% to 70%. Circulation restrictions and tail-pipe emissions testing have allowed constant car fleet renewal. The average age of private vehicles and SUVs – the most abundant fleet in Mexico City – has remained low over time.” City vehicles are on average just 7.8 years old (compared with 14 years nationally), suggesting an urban population motivated to abandon older, more toxic cars. “Even when the vehicular fleet has increased over time, air quality has improved,” says Müller García, “since emissions from vehicles have been reduced due to programs such as HNC and PVVO.”

“Compliance with the program is near universal,” says Dr Lucas W Davis, associate professor at the Haas School of Business, University of California, Berkeley. “City police vigorously enforce the restrictions, and vehicles violating the ban are easy to spot. Drivers caught violating the rules must pay a hefty fine and their vehicles are impounded for 48 hours. While it is sometimes possible to avoid these penalties by paying a bribe, a large police presence means that one may need to pay multiple bribes in order to complete even a short trip.”

HNC forms part of an approach to clean the air in Mexico City, which also includes the introduction of new rapid-transit bus lines, the largest bicycle-sharing initiative in North America, and an ambitious pledge to ban all diesel vehicles by 2025. Mexico City no longer numbers among the world’s most polluted cities and has received international recognition for its air quality strategies, winning a C40 City Climate Leadership Award in 2013. But pollution remains. Ozone concentrations have precipitated environmental emergencies (albeit based on a reduced activation threshold) for the last two years; levels of PM10, linked to diesel emissions and pernicious to human health, are three times higher than in Los Angeles, Buenos Aires or São Paulo.

Dr Davis conducted a study of the HNC Saturday extension, combining data from pollution monitoring stations with public transit ridership and city zoo attendance figures to ascertain the impact of the new driving restrictions on emissions, mode transference and discretionary leisure journeys. His results call HNC’s effectiveness into question. “Overall, there is little evidence that the program expansion improved air quality,” Davis says. “Across eight major pollutants, the expansion had virtually no discernible effect on pollution levels. These disappointing results stand in sharp contrast to estimates made before the expansion, which predicted a 15%+ decrease in vehicle emissions on Saturdays.”

Failure to convince drivers to adopt alternative modes may be due in part to cultural factors. “Public transportation in Mexico City is widely available and inexpensive, but can be slow and uncomfortable. Most residents choose private vehicles when they have that alternative,” says Davis.

Although HNC promotes increased car pooling, the environmental impact of this remains unproven. With car ownership a popular status symbol, previous studies point to residents circumventing HNC by purchasing additional vehicles so that one is always unrestricted. Online sources suggest others avoid controls by slipping technicians a few dollars to falsely issue a ‘clean’ PVVO certificate. But many rely on taxis, paying a 7.5 pesos (US$0.41) round fare to avoid HNC-induced inconvenience.

“Mexico City has a fleet of 150,339 taxis,” states Tanya Müller García. “Taxis are mobile sources of emissions along with other motor vehicles that circulate in the city.” In 2014, taxis generated 9% of all vehicular CO and PM10 emissions city-wide – with corresponding figures of 3% of all PM2 and NOX and 17% of all CO2 emissions from vehicles attributable to taxis. “These units have an intensive use that results in high emissions,” she continues. “Therefore they are a viable option for programs to enhance reduction of pollutants. Maintenance [including catalytic converter replacement] has been implemented through vehicular inspections involving tail-pipe emissions testing, ensuring high-use vehicles remain in good condition. Other actions have been fleet renewal and concessions for low-emitting vehicles since 2016.”

But exchanging this immense combustion-driven taxi fleet for electric vehicles may now be on the agenda. Mexican automotive producer Giant Motors is reputedly developing a vehicle for this purpose, with commercial release anticipated in 2018. “The peculiar challenge with taxis in Mexico City is that they often ride around with no passenger, looking for a fare,” Elias Massri, CEO of Giant Motors Latinoamérica, has told Reuters. “We’re developing the prototypes and hope to finish them this year to find a viable solution, an electric vehicle that genuinely replaces gasoline using cars.”

Rather than a long-range, luxury electric supercar, affordable only to the few, Giant Motors envisages a low-cost battery vehicle, newly accessible to the many. In developing an affordable, short-range electric prototype optimized for city use and ripe for mass production, Giant Motors can draw on a strategic partnership with Chinese state auto maker JAC Motors, whose JC EV model became China’s highest selling pure electric car in 2013. “We are developing a new Mexican electric vehicle that will be assembled [in Mexico],” Massri continues, “and also designed and modeled to meet the needs of Mexican consumers.”

Such an approach worked for Henry Ford, whose affordable, mass-produced Model T first brought cars within reach of ordinary Americans. If it works for Giant Motors, Mexico City’s air quality could share in the profits. “This is an exciting development,” remarks Dr Davis. “Electric vehicles make most sense in dense urban environments where a large population is impacted by emissions.”

Mexico City’s vastness and the windless aridity of its cradle among the clouds must make pollution reduction an ongoing labor. In the 1940s, before large-scale fossil fuel burning arrived, the Valley of Mexico was a pristine country with near infinite visibility revealing snow-capped mountains 70 miles distant. Today, visibility rarely exceeds a mile and the far peaks are visible only in collective memory. Perhaps, in some all-electric, zero-emissions future, they will spring into sight once more.

Mexico City’s Hoy No Circula is enforced manually by police sticker-checking; this contrasts with low-emissions zones (LEZ) and congestion zones in Europe, which often rely on automated license plate recognition (ALPR) enforcement. Cameras, mounted on gantries or roadside poles, capture images of vehicles upon entry to a specified zone, which are either analyzed at the network edge or transmitted to a remote location, with optical character recognition algorithms reading individual plates. Cross-referenced with a central vehicle database, ALPR records are linked to driver details as well as vehicle emissions profiles, enabling authorities to enforce road user charging in congested areas or exclude the most polluting vehicles. Charging can be used to manipulate driver behavior: in Stockholm, a sliding scale of time defined charges discourages peak-time journeys, while Antwerp operates an escalating tariff depending on the toxicity of vehicles.

ALPR can deliver near-100% detection rates if front and rear images of vehicles are captured on every route into a protected locality; the London Congestion Charge is enforced by a watertight ring of some 1,500 cameras around a small, central zone. But this model may not transfer readily to Mexico City’s topographical spread. “London has a very well-defined center,” says Dr Lucas W Davis, “so cordon-pricing makes sense. Mexico City, less so, as trips start and end all over the city.” For larger urban districts such as the Greater London LEZ, blanket coverage becomes unfeasible, but strategic ALPR deployment on main arterial routes facilitating heavy spot fines for non-compliance provides effective deterrence, if not failsafe detection.

At present, Mexico City lacks a continuous traffic-monitoring infrastructure and ALPR deployment is costly. However, it can quickly recoup expenditure when combined with road user charging: the Swedish Congestion Tax cost an estimated US$28m in installation, but paid for itself within four years and has since funded major infrastructure projects. Dr Davis identifies average daily willingness-to-pay levels of 2 pesos (US$0.11) among motorists in Mexico City, which suggests a potential for road-charging financed ALPR deployment, although this is not currently anticipated.