Enhancing the interaction between shared micromobility and classic public transport

What is the interaction between shared micromobility and public transport? Are the modes in competition or are they, in fact, complementary and how and when should they be working together? This topic has continued to be a vexing one for the future of shared mobility, and of many cities' plans for decarbonization of the transport industry. Alex Pazuchanics, Head of Policy & Partnerships at Vianova, spoke with Intertraffic about public transit and personal transit could, and should, be a lot more closely aligned.

The Transport for London’s e-scooter trial that began in June, featuring shared micromobility options from Tier, Lime and Dott, has been seen in some transport circles as a significant step towards inclusive, widespread implementation in the near future. Helen Sharp, leader of TfL’s e-scooter trial, said “We will continue to work closely with all of our stakeholders, including TfL’s Independent Disability Advisory Group, to ensure that the trial meets the needs of everybody living in, working in and visiting the trial areas. This new trial will provide the data and insights we need to determine the longer-term role e-scooters could play in our strategy for a greener and healthier future for London.”

If indeed that 12-month trial, complete with its comprehensive set of requirements, rules and guidelines, will be considered as something of a catalyst, the micromobility sector will do well to capitalise on its recent surge in popularity. This is partly driven by the Covid-19 pandemic and the travelling public’s new-found need to be singularly, personally mobile. What, then, does Pazuchanics see as the prime markets that are crying out for a micromobility solution?

“In all but a few markets in North America, where the percentage of trips taken by public transport is in the single digits in all but the most robust markets, it is unlikely that shared micromobility is having a profound effect on overall public transport ridership,” he replies thoughtfully. “Although, shared micromobility is certainly capturing the imagination of many transport users and policy makers and redefining the visibility of shared transport in a few key markets.  In addition, the ability to cover first and last mile connections is potentially enhancing the potential of mass transport (though the risk of a scooter not being where you need it when you need it remains). The stated goals of several major new programs, most notably the New York City scooter pilot in the outer boroughs, is meant to evaluate the potential of these links between modes. Nevertheless, the New York City market remains an outlier in the general North American market for public transport services.”

Shared mobility market in Europe versus the United States

Comparing European market requirements to those of North America is never a simple task, but Pazuchanics has identified fundamental differences.

“In Europe, the picture is different as shared public transport modes are central to the suite of mobility solutions in both small and large urban areas and critical to policy thinking about issues of sustainability, livability and addressing climate change,” he suggests. “Crowding,  the limits of physical capacity and building resilience into the shared public transport system could make shifts from public transport to shared mobility actually preferable for certain trips, particularly those in the urban core. The use of these shared modes can also intensify the use of the rapidly developing ‘cycle’ lanes in many European cities and justify this investment while demonstrating the relevance of active modes within the city. Shared micromobility trips are typically slightly more expensive than comparable public transport fares in many European cities, but competitively priced by operators versus issues of service availability, waiting times, and door to door access.”

Shared micromobility modes also offer the opportunity to provide additional modal options to the frequent need to disperse demand from central city railway hubs.“Cities have typically tried to deal with this issue through-ever increasing classic public transport capacity at these rail hubs, facilitation of taxi services, followed by increasing encouragement of walking. The integration of electric micromobility as a deliberate strategy to move people to and from central stations represents a significant opportunity for cities as they think about sustainable and resilient transport solutions,” adds Pazuchanics. 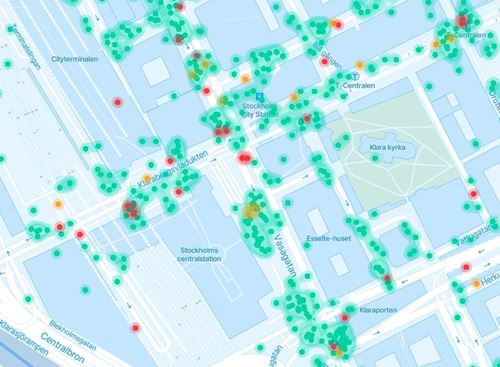 Mobility as a Service

Experts over the world have long-since maintained that micromobility solutions should be folded into Mobility as a Service offerings, and Pazuchanics is not about to disagree.

“Shared micromobility should not be seen as an add on or competitor mode, but as an integral opportunity to improve the existing range of sustainable transport solutions in a city.”

“A smooth user experience between public transport and shared mobility is starting to take shape in some markets. The publication of vehicle availability in the General Bikeshare Feed Specification (GBFS) has enabled Mobility as a Service applications (and recently Google Maps) to begin to offer device availability and location in their applications, with links to book directly on the operator’s apps. Seamless transfers and fare payments are still some ways off, but certain operators have been experimenting, such as Spin’s pilot of offering financial incentives for trips parked near to transit in suburban Seattle, Washington.”

He continues: “The key lesson is that shared micromobility should not be seen as an add on or competitor mode, but as an integral opportunity to improve the existing range of sustainable transport solutions being offered in a city. These services should then be developed via data-led policy thinking and infrastructure improvements that support active modes including personal micromobility.”

For many users of micromobility platforms what is appealing is the novelty factor. How much longer can it be considered as a “new mobility option” and is that novelty factor, far from being a point of interest, actually in danger of holding progress back?Ridership numbers in European cities, often eclipsing three trips per device per day, is an indication that scooters are serving more than tourists or the curious, but are beginning to become integrated into the travel habits of residents of large and small European cities,” he argues. “But as shared micromobility begins to transition from being ‘new mobility’ to being simply ‘mobility’, it is important for public transport agencies to begin to think strategically how partnerships with shared mobility operators can expand service reach and deliver better experiences to customers.”

Do you want to know more on the European Green Deal and Sustainable Urban Mobility? Experts such as Lucas Harms (Dutch Cycling Embassy), Peter Kuhn (MaaS Global) and Pieter Litjens (CROW) will debate on the subject on the 21st of September. Register here

SUMP and the focus on parking