Olga Anapryenka, Principal Consultant, Steer Group, tells Intertraffic of the dangers that women face while using the transport network on a daily basis and, crucially, what is being done to ensure that gender-specific harassment becomes a thing of the past.

what challenges do women face while trying to move around the city that perhaps men would not even consider?

One of the differences between women and men would be around different travel patterns. Women tend to cover shorter distances and often need to make more regular trips during a day. So it's not just peak hours, which is mainly where men tend to travel more, because the key reason for that travelling is commuting. Women and men have different mobility needs.

Things such as child care, or general care work, and running errands are still more typically performed by women who therefore tend to travel during different times of the day. 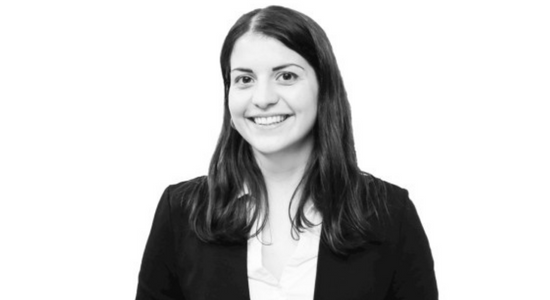 We also often travel with other passengers, our children, for example, so it's a case of using different modes, and hence, the need for connectivity. The situation is quite urgent, I think, in terms of how women experience transport.

Do the statistics suggest that women use public transport more than men?

In general, yes, women use public transport more than men. In terms of the experience of transport, women experienced transport differently to men, so they tend to be more risk-averse. Although this is a generalisation, women also traditionally have lower income and they're also worried about harassment more which leads to think about your choices more carefully. Consider all these factors and it’s clear that there’s a gender gap in the use of transport.

Can you provide some specific examples of situations where women might not necessarily feel safe, or where perhaps the needs of women have not been considered?

How safe is it to get to or from the bus stop? How well lit is the sidewalk or pavement? Is it wide enough to push a baby buggy easily? How steep are the steps? Can you get the buggy up them comfortably? Also, it could be something as simple as is there a safe shortcuts. In terms of thinking of different ways in which women can be helped to feel safe the first key is about the masterplan and how the public transport network is designed. As I mentioned earlier women are less willing to travel at night because they're more risk-averse, so in terms of masterplanning could the positioning of the bus stop be better, for example. Is it in a well-lit location that’s visible on CCTV?

What cities, in your opinion, have addressed the specific needs of women in the design of their public transport?

Vienna is a good example. The needs of women were very high on the agenda in terms of their transport masterplan and how to design their streets and buildings in the late 1990s. They started with some surveys that asked both women and men how they travel: they collected the data and when the city undertakes a transportation project they take the feedback they received into account and implement all the initiatives I've been talking about. They’ve widened sidewalks, built ramps for strollers, improved lighting and introduced mirrors that improve the safety of shortcuts and alleyways. 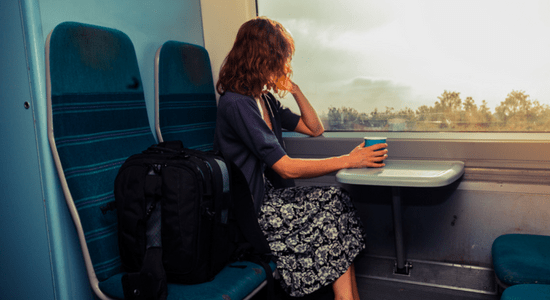 Vienna has widened sidewalks, built ramps for strollers, improved lighting and introduced mirrors that improve the safety of shortcuts and alleyways

We’ll be covering safety concerns of shared mobility options in a separate article, but has demand responsive travel, being a relatively new concept, been designed as a more inclusive transport method?

I think the question here is about last mile connectivity. This could be improved by shared mobility, or shared micromobility, as it serves the first and last mile links to the big transport hubs. From my perspective, the role of demand responsive travel, flexible on demand services, is to improve the efficiency of the transport network, but also to provide a safer mode for women. With on-demand buses, as an example, there are flexible bus stops so women can be dropped next to their house: there is no need for a bus stop. The city of Milton Keynes in the UK has demand responsive buses that complement the established network of bus services.

how else can technology help? 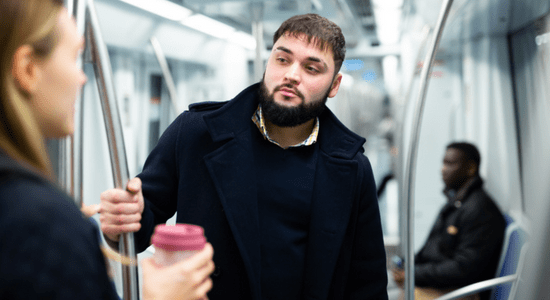 One good example is the Safe UP app initiative: download it onto your smart phone and you are part of a community of and for women, and they also provide Guardians. If a woman is walking on the street and she feels unsafe she can talk to the Guardian on the phone. They will be on the call until the woman feels safe again. If something untoward happens, a Guardian can alert the police. Lime, one of the leading shared micromobility operators has a partnership with Safe UP.

There’s another app called FLARE that monitors riders’ activity and raises an alert if a rider requires health assistance. There are more traditional options such as panic buttons, which have been installed on buses for some time. But again, how's it being used? If a woman is being harassed, will she think to press a button and alert everyone? And is it accepted in society that this can happen? A lot of women don't report what has happened. I've personally had experiences of being harassed on public transport and I didn’t report it. Often women do not report harassment because they feel ashamed. We need to do something about changing that attitude and showing that you actually need to report it, and also provide the means to report it.

I've personally had experiences of being harassed on public transport and I didn’t report it. Often women do not report harassment because they feel ashamed

You touched upon micromobility, but what about ridesharing? A lot of cities have brought in measures to ensure that passengers that aren’t known to each other of the opposite sex cannot share a ride. How feasible is this to implement on other forms of transport?

There's also been a number of incidents where women have been harassed, or worse, by drivers. In this case, I think it's quite important to make sure that when women use taxis they also can safely report it if something happens. Uber have added a ‘share your trip’ status functionality with your friends or family which then if something happens, at least they know where I am.

It’s probably fair to say that the vast majority of the world’s public transport systems were designed by men. How different, for example, would the Paris Metro or London Underground look if they had been designed by women?

Well, there’d be better access to services, more handrails and so on but it leads to another question. The London Underground was designed in the 19th century but the trains are not that old, are they? There are new models coming in all the time so the issue is how do you integrate new trains with old infrastructure? The idea that you still have to “Mind The Gap” in 2022 is not good. This has happened because you've had to integrate new trains with old infrastructure that is in place, but I'm always asking myself ‘why couldn't this have been done better?’ People with physical impairments might not be able to mind the gap.

In some countries, Nepal and Mexico come to mind, they have women-only carriages on their rail networks and on buses in the case of Nepal. Russia, too, has female-only carriages on their cross-country trains. This is obviously designed to address the issue of women feeling unsafe, but it might have the opposite effect of normalising harassment outside those spaces. All genders should feel safe, of course, but it shouldn't be looked at as the Holy Grail of solutions.

The idea that you still have to “Mind The Gap” on the London Underground in 2022 is not good. This has happened because you've had to integrate new trains with old infrastructure but why couldn't this have been done better