Intertraffic sat down with Stewart Laing, Global Product Manager for Yunex Traffic’s Enforcement Solutions division to discuss how the company is looking at changing the connotations of the word “enforcement” by applying it to a subject that is close to the hearts of most of us – air quality.

Yunex Traffic may be a new name on the exhibitor’s list this year but delve a little deeper and you will find that it’s only the name that’s unfamiliar. In the summer of 2021 Siemens ITS Division became Yunex Traffic but other than that’s it’s pretty much business as usual for their team of ITS and smart mobility experts.

One of those aforementioned experts is Stewart Laing who, by way of an introduction, begins with some background information about the new entity.

“As you probably know we were part of Siemens Mobility but the unit was carved out as a separate entity and has been acquired by Atlantia. Come the first of October, we should then become part of Atlantia but until then we're in this transitional period as a new company, which is still an old company, it's not brand new, we still have the same customers who still look to us to provide solutions for traffic management and various road charging tolling systems, traffic controllers and so on. That hasn’t changed.”

Enforcement technology has always moved on at fair pace and there’s always a new product or a major leap in capability to discuss at traffic trade shows, a new away of using data, a new method of enforcing red light violations so what, Intertraffic asks, has moved on notably in the last couple of event-less years.

“What's been really interesting and big thing for us is the noise around clean air zones,” Laing says. “Politically, in terms of the media, in terms of people's views the world has changed, and there is a very much more evident appetite for clean air zones and understanding that it's less on the focus of what enforcement is and far more about the benefit you get from it. We've got lots of evidence from clean air zones that we've launched in the UK and we’re using our existing all-purpose ANPR camera.”

Yunex currently have live solutions running in Birmingham and Portsmouth (around 80 cameras each) with more to follow shortly.

“We've got TfGM (Transport for Greater Manchester), Newcastle and Sheffield next, so various cities of varying sizes that have all got clean air zones on the way. This is all because of legislation that's coming now that we have to reduce our air pollution levels in these cities and they're mandated by the government to actually do that,” he explains. “So clean air zones is the hot topic for us within enforcement.”

While many companies within the smart mobility sector struggled with supply chain issues during the height of the pandemic, Yunex Traffic did not, thanks to being in control of their own supply chain – a decision that proved to be one of the smartest by an ITS company in recent years.

“Obviously there's been a number of challenges. I think one of the things that for us has been a real key benefit is that we have a manufacturing facility based in the UK so we are in control of our supply chain. A lot of other suppliers have been really impacted by the supply chain commodity challenges that we face but thankfully in terms of maintaining that production and maintaining our supply chain we’ve been in a good position,” Laing says proudly.

“That has been a challenge during COVID with regards to our customers - because of the legislation there is still this need to improve the air quality in the cities. Nothing really changes from that point of view. We're still having those discussions with the customers but perhaps not as face-to-face as we would like. A lot of these discussions have been conducted virtually or remotely and it has impacted us, of course, but I think being in control of our supply chain is key.”

In the UK the word “enforcement” is replete with negative connotations. The enforcement of rules or laws or limits and their associated impacts on the very notion of “freedom”, but as Laing suggests, enforcing better levels of air quality can surely only be seen as a good thing as it has a positive impact on the health, and ultimately life, of cities’ and countries’ inhabitants.

“What we're trying to do from a clean air zone perspective is change people's behaviour,” Laing says. “And if you think of what's happened in the UK, there's been government grants available to persuade people to change their cars to a hybrid or an electric vehicle to become compliant. That’s purely and simply about behavioural change. Think about the commute to work: can you use public transport? Can you cycle? Do you have to use your car vehicle? Of course, sometimes it’s yes out of convenience, but you can set your own compliance criteria for those zones.
Continuing the theme of creating a positive mindset around enforcement, Laing mentions the concept of camera-patrolled virtual enforcement zones outside schools where authorities can set access windows.

“During the school arrival times and at the end of the school day you can allow people to drop off or collect their children safe in the knowledge that no other vehicles are allowed in. In some of the London Boroughs they've implemented the Safer School Streets projects. You can see videos of children riding their bikes down the middle of the road because they know there's no cars coming. When you talk about enforcement and then you see the benefits… it’s a great thing to see.” 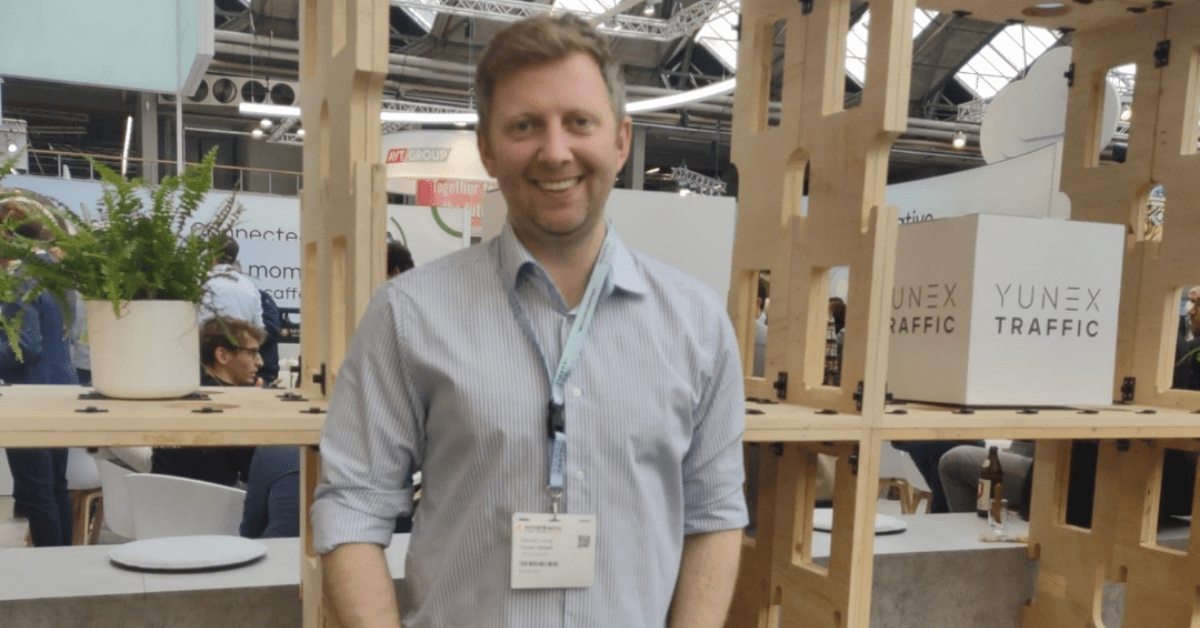