Connected vehicle data has uses way beyond collision avoidance and weather reports – it’s creating a dynamic picture of traffic flows that can be used to verify the effectiveness of almost any kind of traffic management system. Tom Stone, editor of Intertraffic World Magazine, gets the lowdown on a new project doing just this in the USA.

In Ohio during 2020 traffic reached historic lows as the coronavirus pandemic lockdowns kept citizens at home and highways empty. But that didn’t stop a new adaptive traffic signal system being installed on US-27, as it had been planned, funded and agreed long before anyone had even heard of Covid-19. Moreover, traffic managers could be fairly confident that, while the pressure was temporarily off their network, congestion would one day return, with a vengeance. 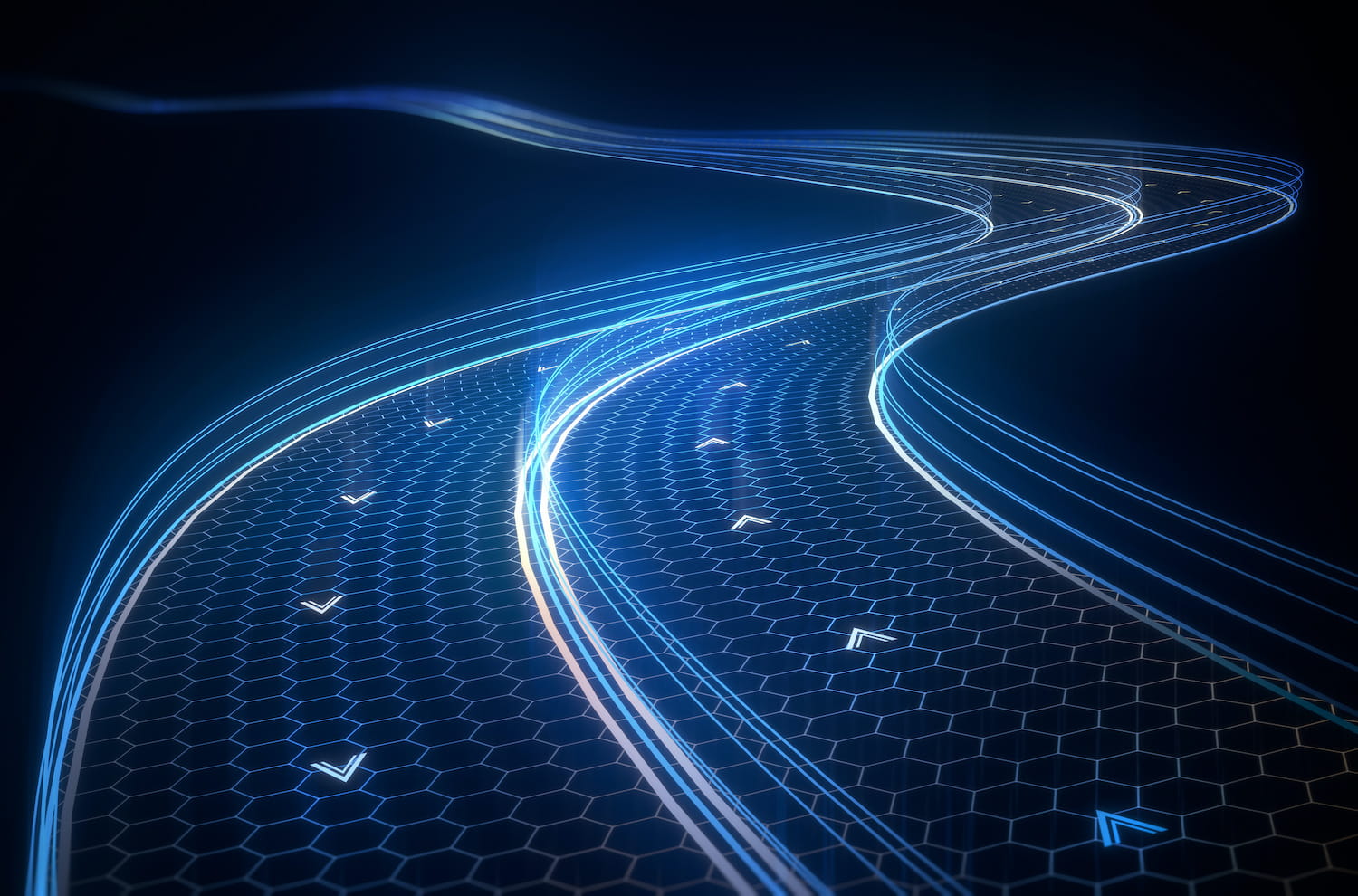 Accordingly, engineers rolled out the new system as planned. Adaptive to traffic flows, it relies on traditional in-pavement loop detectors, which are located upstream from each of 22 signalised intersections along the designated portion of US-27. Signal phase and timing is then dynamically adjusted using a Link-Pivot Model, which is an updated version of SCOOT, which has been in use by traffic managers for some time.

So far, so traditional. No traffic engineer working to optimise signal timings over the past couple of decades anywhere in the world will be particularly surprised by the methodology now in use in Ohio. But the innovative part comes not in how the system operates, but how its success is being measured. For this, connected vehicle data is stepping up and helping to validate the entire process, thereby creating robust performance measures to pave the way for more systems of this type in the future.

“The really cool part was that we could evaluate the effectiveness of the system independently from the sensors,” says Darcy Bullock, Professor of Civil Engineering and Joint Transportation Research Program Director at Purdue University, Indiana, who took charge of the assessment. “Often, we do the evaluation using the same sensors that we're using to control the system, but an independent evaluation using connected vehicle data carries more weight. It's really hard to keep detection running all the time, but I think we need detection, so this is where connected vehicle data should be used.”

The aim of an adaptive signal control system is to effectively ‘self-tune’ timings to respond to an increase in traffic. The success of this is measured in four key ways. The first is arrivals on green. “That is, when a car is driving down the corridor, if it arrives at the signal on green, life is good,” says Bullock.

“The second performance measure we worry about is what we call split failures,” continues Bullock. “When you pull up to a traffic signal, you see it go green, a bunch of cars go in front of you, but you don't get to go. That's insufficient green. We call that a split failure.“Then third performance measure we call a downstream blockage, the lights are sending the downstream signal, but you can't get through and that's a distinctly different problem because it's a downstream signal causing a problem upstream. And then the last one is what we call our LOS or a level of service. And that's a traditional delay base.”

Connected vehicle data can help to assess how well such a system is working, so why has it not been used before? The simple answer is the level of penetration of the technology into vehicle fleets had not been high enough. A critical mass had to be reached for such a data set to be granular enough to provide meaningful information. 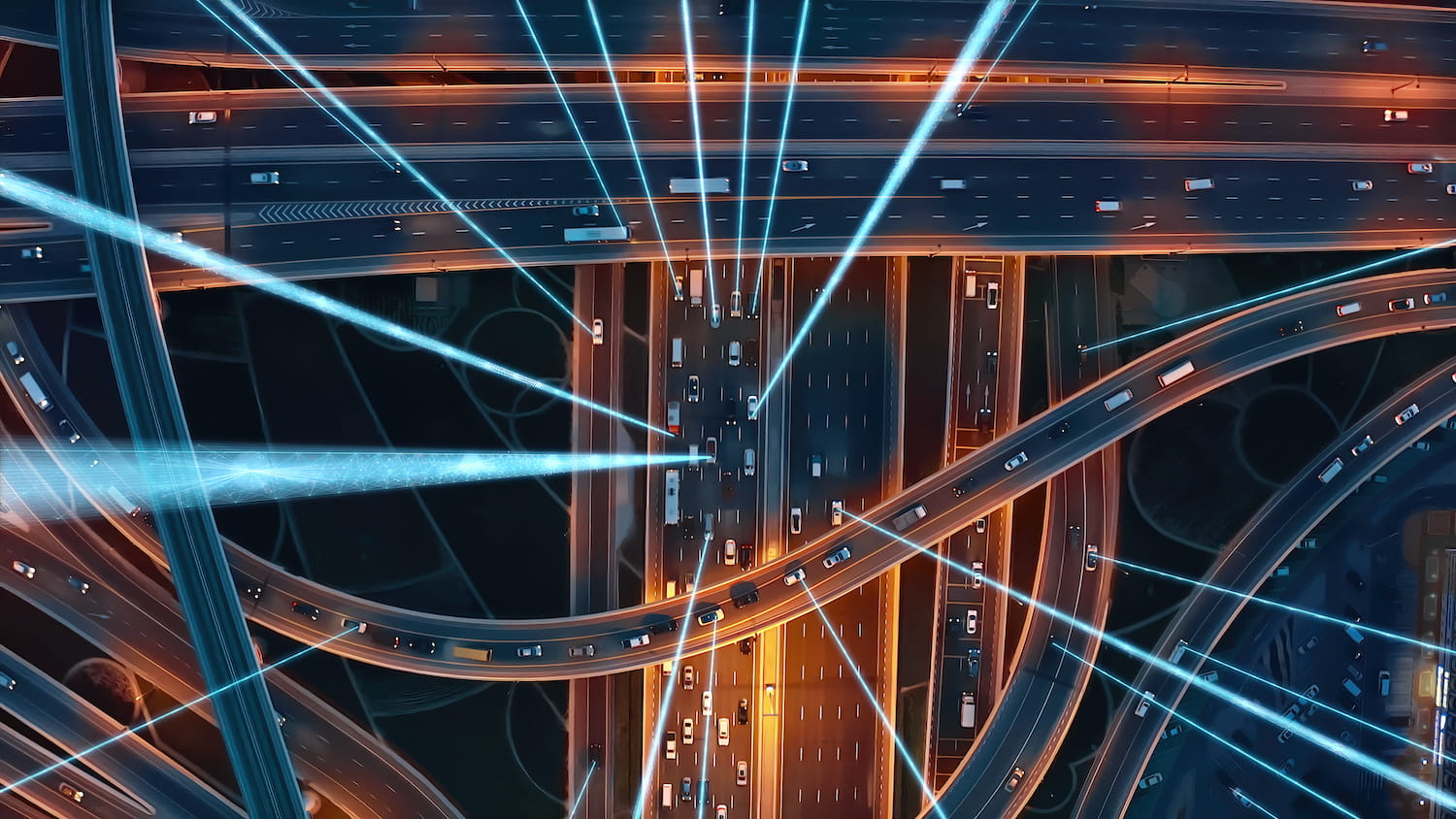 “We’ve been talking about connected vehicles for the last 15 years,” says Bullock. “But what’s really cool is that in the last two years we have started to get connected vehicle data at scale. Just in the state of Ohio, we ingest about 17 billion records per month.”

While this certainly sounds like a large amount of data, in fact, in vehicle percentage terms the penetration is still fairly low. Nevertheless, it is enough to provide accurate information for this kind of project. “In Indiana and Ohio we see 4-5% of our vehicles are connected,” says Bullock. “Which is one in one in 20, to one in 25 vehicles, which help to create a trajectory data set. We use Wejo for this data, but I know there are multiple competitors.”

Bullock admits that in the past, when penetration was only at 1%, which is a level seen in some other countries, it was not possible to get accurate trajectory information from connected vehicle data, which can be very sensitive to timestamps. “But as long as you're in that 4-5% you can absolutely get a good resume on heading. The industry has solved that problem.”

Connected vehicle data or not, deploying in the middle of the Covid pandemic meant that the true efficacy of the new system could not be assessed immediately. “We knew we were going to have a large traffic rebound, so everybody was holding their breath,” says Bullock. “Is it going to be better or worse than where we were before?”

The challenge for the new system was also intensified by the fact, when it was installed a new signal was also added to the corridor. “Generally, signals don't prove things, they slow things down and add more friction to the system,” says Bullock.

In 2021 as Covid lockdowns eased, the corridor saw a 35% increase in traffic volumes, nevertheless some parts of US-27 saw a dramatic improvement in flows thanks to the new adaptive traffic signal system. At one intersection arrivals on green went from 31% to 78%.

“These are numbers that elected officials that ultimately fund these projects can understand,” says Bullock. “We also can look at travel time along the corridor and if we can see there is substantially no change in the morning peak hour times despite the increase in traffic.” Across the entire, 22-signal stretch of US-27 where the new system was installed arrivals on green showed a 1% improvement, while split failures didn’t change and downstream blockage didn't change. “I'll take that as a win any day when you've got a 35% increase in traffic volume,” says Bullock.

Now, thanks to the verification power of connected vehicle data, those behind the multi-million-dollar investment in the adaptative traffic signal system can stop holding their breath and breathe a sigh of relief. Not only that, but the results can also now be used to support future similar investments.

For more on this project and other cutting-edge connected vehicle projects, don’t miss the forthcoming Intertraffic World 2023 magazine – out December 2022.
Stay up to date through the annual edition of Intertraffic World Magazine. Subscribe for free.