This week (December 4), at the opening day of Gulf Traffic in Dubai, UAE, Siemens revealed details of a new research project it is working on - Flow AI - which is being developed to set timings of traffic signals at intersections using new artificial intelligence (AI) techniques.

Unlike existing signal optimization systems, such as SCOOT, which rely on a limited number of engineer-designed timings, which are put into action depending on the traffic flows detected by embedded loops, Flow AI is able to create a virtually limitless number of new timings instantly, using cloud-based AI.

The new trail project was presented by Siemens’ product owner for AI-driven ITS solutions David Borst (below) who compared the systems he is helping to develop to sophisticated spam filters in email – creating complex general rules which can then be ‘personalized’ for each specific section.

This ‘personalized’ aspect differentiates Flow AI from existing signal phase and timing (SPAT) systems, such as SCOOT, which optimize timings across the entire network and must be pre-configured using a set number of possible programs. Flow AI is being built to treat each intersection individually and, it is hoped, will eventually be able to link them all together to create complete network control. 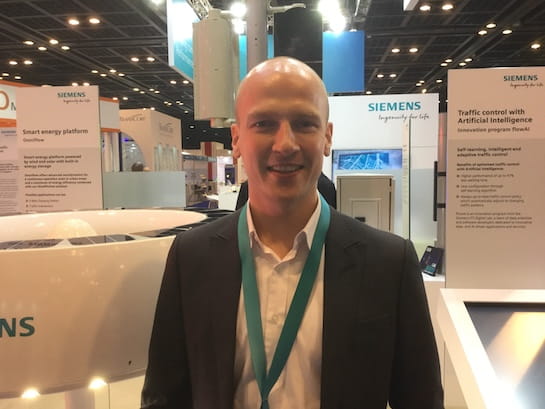 Currently, however, Borst is concentrating on getting just one intersection to work. And the results are already encouraging. “We can create a self-learning system, so whenever there is a new traffic pattern, the system will automatically detect it and create a traffic policy for it,” said Borst. “If you have a construction site for example, traffic will change. The system will automatically detect this. We think artificial intelligence will play a huge role in our industry in the future.”

Borst's research project is currently focused on five intersections in the German city of Hagen. One intersection was been chosen to run Flow AI. First its efficacy was proven using advanced simulation techniques.

“We showed that the AI learned to balance the traffic well. Our AI tried things out to find the best policy. We compared it to the system we have at the moment in simulation and the results were very good – astonishing in fact,” said Borst. “We were able to decrease waiting time by 47%. Instead of waiting for 35 seconds, you waited for only 18 seconds. It is the very first step showing us this really can work.”

Now Borst is moving to the next stage of the project, which is deploying the system in the real world, to check that the simulation results can be replicated. He will then move on to attempting to get the system to be aware not just of the traffic approaching one intersection but of what is happening on nearby intersections and eventually on the entire network.

“We want to create a system that is performing better by using artificial intelligence to detect and assign patterns,” said Borst. “And we want to use the characteristics of each and every intersection that is also self-learning, so it adapts constantly to create a system that is always up to date.
"Finally we want to create an intersection that is aware of its network, aware of its position in the network, knowing what the neighboring intersections are doing and knowing were traffic is coming from.” 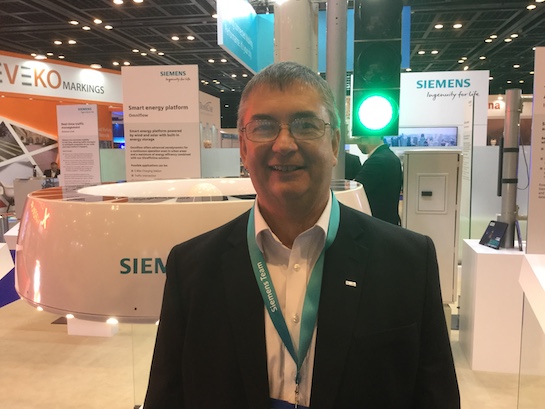 And in the future, projects such as this could be in use in cities around the world, as Siemens business development manager Gary Cox (above) tells Traffic Technology Today: “This is very much a research and development project to look at new ideas that London and Dubai and all these cities around the world could one day use. It’s a broad brief to look at AI. There’s not a definite plan, but there’s a high-level plan, that if these ideas – the innovation trials that David’s working on – deliver really good things, they could be incorporated into Future SCOOT, they could flow together and actually be one solution further down the line.”

Siemens is currently working with Transport fo London to create Future SCOOT. You can read a full report on this project in the October/November 2018 edition of Traffic Technology International magazine.