Vision Zero and Net Zero – can it be done? 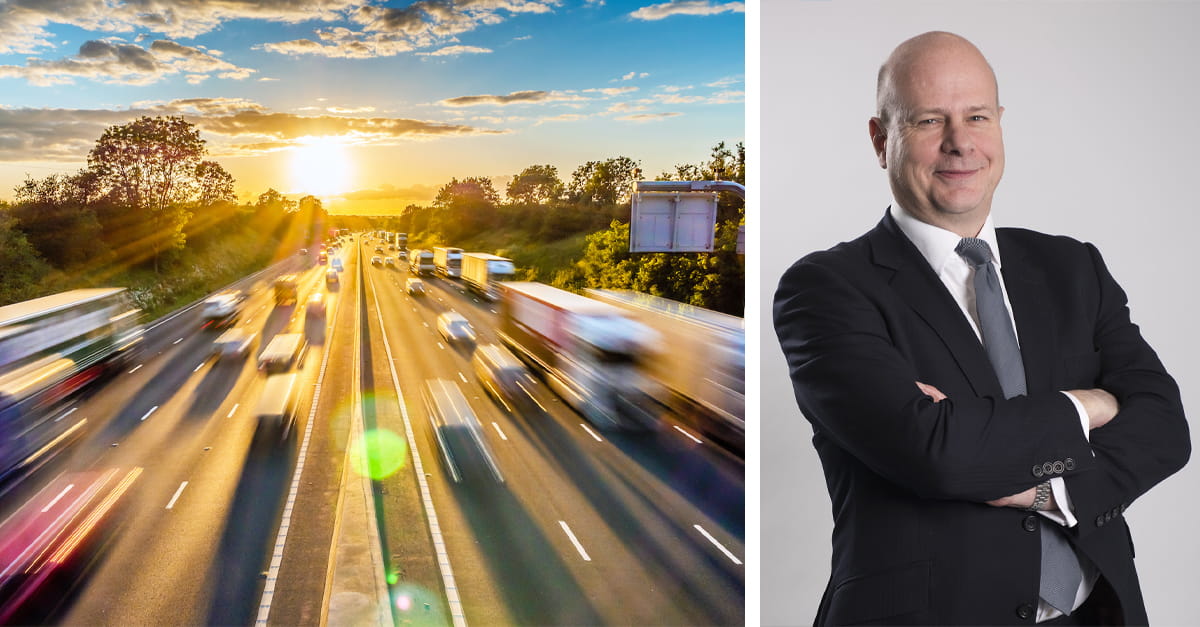 The UK’s National Highways (formerly Highways England) is the largest and most important road organisation in the country, responsible for the building and operation of the 4,436 miles of asphalt that make up England’s major highways – classified as motorways and A-roads and referred to collectively as the Strategic Road Network (SRN).

The new man at the helm of National Highways (officially as CEO since August 2021, but in an acting role since February of that year) is Nick Harris. He is well versed in the workings of the organisation he now leads – he joined in 2016, soon after it was formed (as Highways England) in 2015.

Pre-2015 National Highways was a traditional government department, known as the Highways Agency, but after that date it morphed into what’s referred to as a ‘government company’, meaning that, though publicly owned, it has transparent, ring-fenced budgets and targets to meet – summarised in five-year Road Investment Strategies.

Harris now oversees the meeting of these performance, safety and environmental targets set out in the organisation’s current Road Investment Strategy 2 (RIS2), which runs April 2020 - March 2025. He is also involved in making detailed plans for the next period of operation which will be set out in RIS3.

“We're in a period of very rapid change, particularly when we look at the environment and emerging transport challenges,” says Harris. “And that isn't going away, which is exciting, and an opportunity – but it’s also something that we need to get to grips with.”

When most people think of road transport and the environment, electric vehicles (EVs) and charging infrastructure are at the forefront of their minds. While this is undoubtedly on Harris’s radar, he has much bigger one-off carbon emissions to think about, too – those involved in the construction of roads themselves. 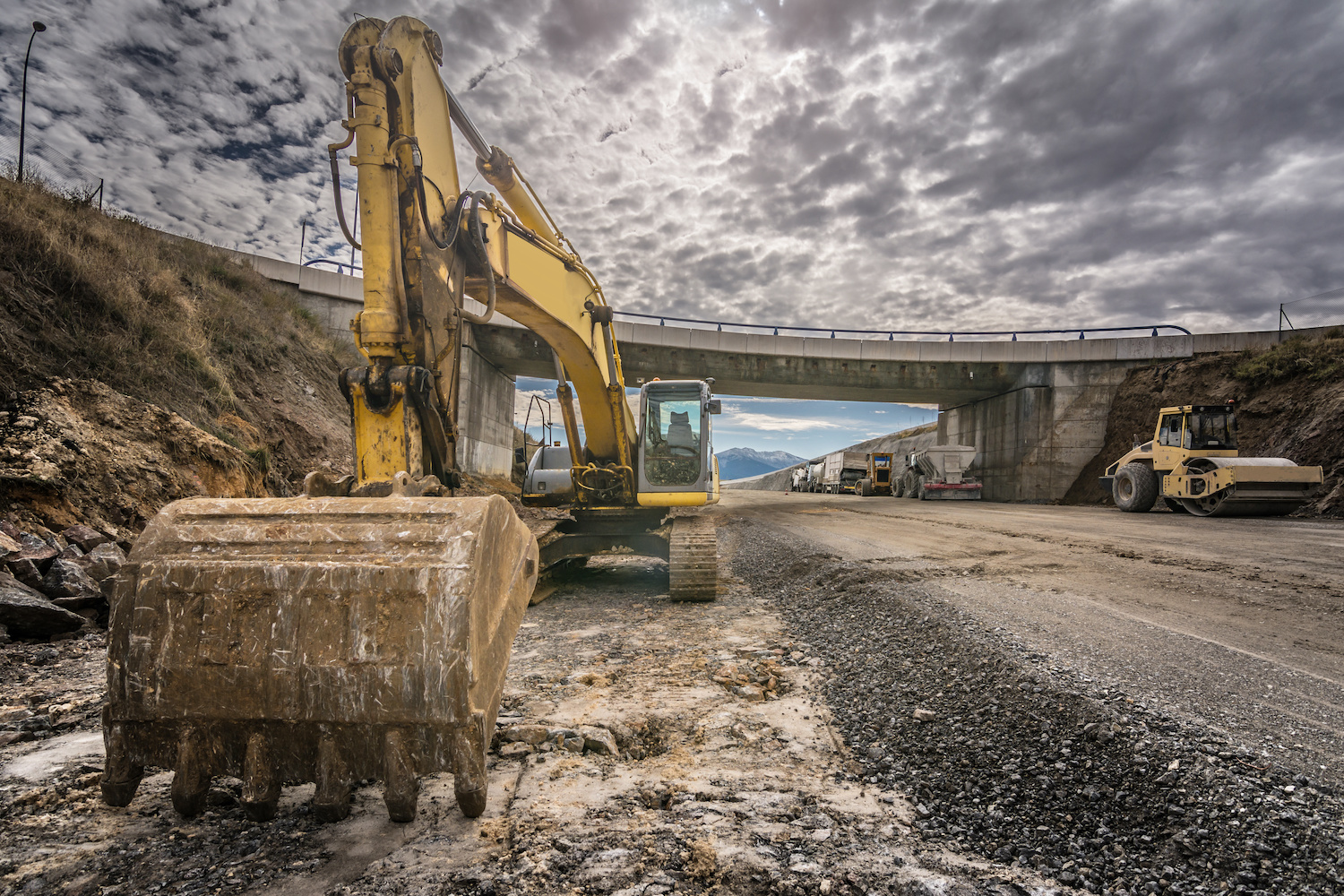 Despite the challenges, a recent win for National Highways has been the approval of the M54 to M6 link road in the West Midlands, and Harris is now optimistic that more road building will be given the green light, citing the statistic that for every pound spent on road building, two pounds are generated for the UK economy.

“To get the M54 to M6 link road approved we've had to do a lot of very good work on understanding cumulative carbon and how it applies to our schemes and how that aligns and supports the country's objectives to reduce our carbon impact,” he says. “I'm hopeful we’ll now see consents on a number of schemes start to come through.”

Assessing carbon emissions of construction ties in with National Highways’ wider environmental vision, summarised in an ambitious Net Zero Highways plan, published in 2021. This sets the target of net zero for its corporate emissions by 2030; net zero for construction and maintenance by 2040, and net zero for all road-user emissions by 2050 (in line with government policy). There are also targets in place for net gains in biodiversity in the next five years.

“We're making good progress with lots of other things that are contributing to net zero,” says Harris. “Such as moving our fleet to electric vehicles and changing to LED lighting on the network. And we have launched an ambitious innovation strategy, which will be needed if we're to get to net zero on the way we build and maintain roads.”

Of course, building more and more miles of roadway can never be the only solution to rising demand. As post-pandemic economic recovery, coupled with rising population continue to drive ever-increasing traffic volumes, so smarter ways to use existing infrastructure must be found.

“We're very interested in the possibility of encouraging more vehicle occupancy, using the right mode for the right journey, and other technology solutions that provide capacity with minimum environmental impact,” says Harris. “I think these things are incredibly important if we're to have a future for roads and road improvements. Roads matter, and they will continue to matter in supporting the economy and our lives.”

At the heart of National Highways’ technological plan to improve efficiency is its Digital Roads Strategy, also published in 2021. This covers three main areas. Firstly, design and building of roads, including the use of innovative new techniques such as digital twins. Secondly, it covers the operation of roads and ways to get more capacity out of existing roads, while also improving safety. Finally, there’s a component about sharing data, both with travellers (to enhance multimodality) and drivers (to support connected vehicle use cases and autonomous operations).

Plans for RIS3, which will define the direction of National Highways in the second half of this decade are already at an advanced stage, with an initial business plan due for publication in summer 2022.

Harris’s team is in the process of consulting extensively to identify national pinch points for congestion and safety and understand the needs for additional capacity and how that ties in with economic plans, housing and other development plans. 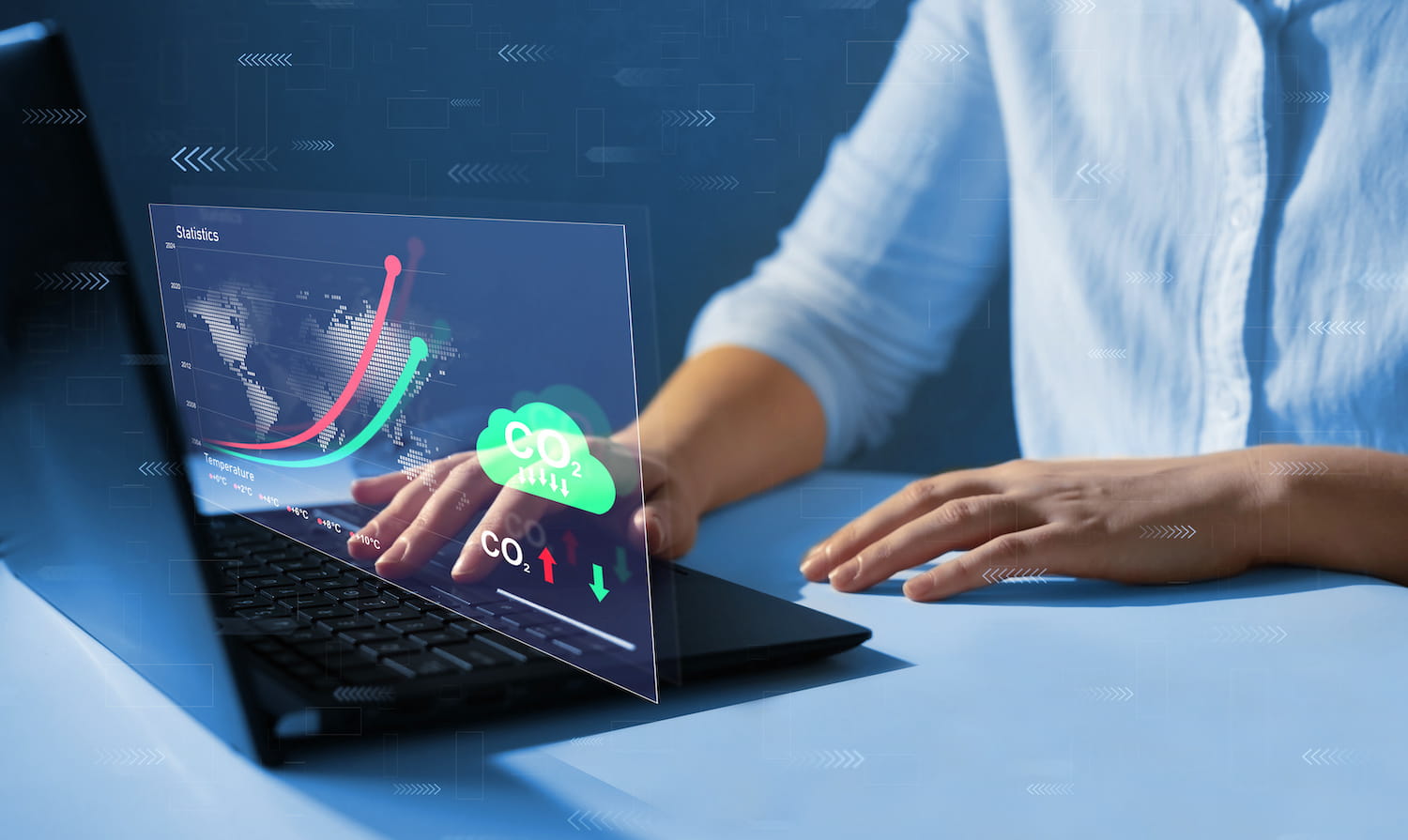 “We've run a whole series of workshops to develop this with seven other national transport bodies,” says Harris. “We’re supporting each other’s strategies and planning activities, so we can collaborate and align our approaches where possible. We're trying to achieve the best outcome for transport users for the regional economies and the environment, and will continue to collaborate on these topics as the plan is developed.”

Safety will be one of the key targets of RIS3. While the UK has some of the safest roads in the world and has made impressive 34% improvements in safety during RIS2 so far, across the SRN, it’s not looking like the target of a 50% improvement by the end of the period will be hit.

One hot topic in which the issues of safety and the environment intersect is smart motorways. The project to widen hundreds of miles of England’s motorways by converting the hard shoulder into a live lane, thereby creating all-lane-running superhighways, has recently met with public concern on safety, fuelled by a hostile media.

From an environmental perspective the logic of the scheme is hard to argue with “Smart motorways unlock hard shoulder capacity, reducing the amount of construction carbon,” says Harris. “But we do need to be able to do that safely. And with the acceptance of the public.”

That acceptance is proving hard to win. The UK’s Transport Secretary Grant Shapps ordered the pausing of the scheme in 2020 until five years of safety data could be gathered. But recently National Highways published its Second Year Progress Report, which shows that all-lane running motorways are, in fact, safer than traditional motorways, and therefore safer than almost any other road on the network. 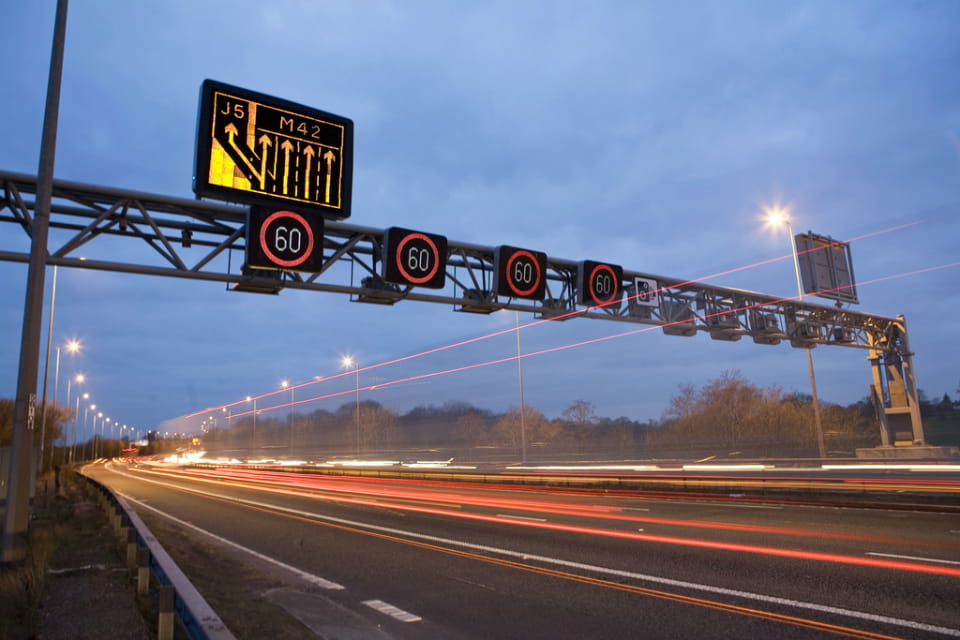 One of the reasons for public misconceptions on safety is based on the mistaken belief that stopped vehicles cause the most crashes on motorways, whereas in fact most collisions are between two or more moving vehicles. Smart motorways help to reduce the number of moving collisions significantly, which explains why they improve safety. The rarer stopped-vehicle collisions are slightly more likely on smart motorways, though safety improvements such as additional stopped-vehicle radar systems are planned to address this, along with public education on the importance of tyre and fuel-level checks.

As a footnote to the results Harris points to the fact that traditional hard shoulders are not safe. Between 2016 and 2020, 28 people were tragically killed on hard shoulders in England, while no one was killed in an emergency refuge area on a smart motorway. Nevertheless, the challenge of winning over the public continues.

“Crucially, we want everyone using these roads to feel safe,” says Harris. “In our report, you can also see that we've made good progress on many of the safety activities that we undertaken. So, we have more emergency areas, more signage, and the implementation of a radar-based stopped-vehicle detection.

“We won't actually see the safety data resulting from much of the work we've done in the last 12 months until 2023 at the earliest. But we will begin to see, I think, positive signs from it. And hopefully, with the with the driver information and safety campaigns we're engaged in we can help to build further on the confidence that everyone can have, not only in smart motorways, but the whole of our motorway network.”

For Nick Harris, the coming years represent a vast number of huge challenges… but he’s approaching them, not with trepidation but with optimism. “There are a lot of opportunities in the supply chain in terms of maintaining and building roads,” he says, “But also in terms of developing our digital and technology solutions and embracing the innovation that's needed for a sustainable future.

“Exciting times lie ahead. If we can bring all of that together, then I think there's a great future, both for road building, and for the continued development to the Strategic Road Network.”

This feature is a preview of content from the annual magazine Intertraffic World 2023, which will be published in December 2022.