Automated, touchless and intelligent. How controlling and stopping the traffic has never been smarter.

Everybody reading this has likely been affected by the Coronavirus pandemic, which means, by osmosis, that every element of the traffic technology sector has had to make adjustments of some kind over the past 13 months.

Some of the changes we have been forced to make to our daily and working lives are likely to be permanent alterations and our natural resistance to change immediately informs us that this is a bad thing. Will we still use cash? Can we continue to shake hands? What about using an ATM and then eating a sandwich?

Time and space to be innovative

In terms of controlling the traffic, however, it is no bad thing. Companies from all over the planet are using our edited circumstances to great effect, introducing smart iterations to their existing product range that generate less intrusive human interactions or designing and creating new products that control the traffic in ever-more imaginative ways.

If anything, a year of reduced levels of congestion and drastically less non-essential journeys have given these innovative firms (many of them regular Intertraffic exhibitors) the time and space to actually be innovative. These are exceptionally smart people solving problems with exceptionally smart solutions.

But here’s the interesting thing: while other industries have been applying intelligence (artificial or otherwise) and integrating newly found adaptable and agile measures and countermeasures to their pandemic solution offerings, the ITS world, of which the intelligent traffic control is but one, albeit vital, element has being doing that for the best part of 40 years.

“How much more intelligent does transport need to be?” asked one industry expert. “Other sectors might have seen the break in normality as the green light to develop new iterations of existing products and make them Covid- and social distancing-friendly, in ITS, particularly the roadside equipment guys, have just ploughed on regardless.”

By way of an example in late 2018 the BBC ran a story on its website singing the praises of “forthcoming technologies” that will make our roads immeasurably safer.

“With the number of cars clogging roads around the world expected to double in the coming decades, new ways of responding to crashes, controlling traffic lights and creating diversions will be needed to keep traffic moving.”

Will be needed? Replace that phrase with “already exist” and the article is a lot more accurate but just what have some innovative exponents of smart traffic control techniques been busying themselves with over the last year?

Talk to anyone ensconced in the field of analysing traffic data and you’ll invariably find someone who has found the preceding 12 months to be one of the most interesting periods of their career.

Traffic levels as low as the 1930s combined with huge speed differentials (the result of less traffic but moving significantly faster) saw unprecedented variances in traffic data quality and a marked increase in violations. Other than, perhaps, a chance to spend more time analysing the data itself, the majority of companies tasked with simulating traffic flows or collecting and analysing traffic and transport data were already doing so with accuracy thought virtually impossible even half a decade ago. 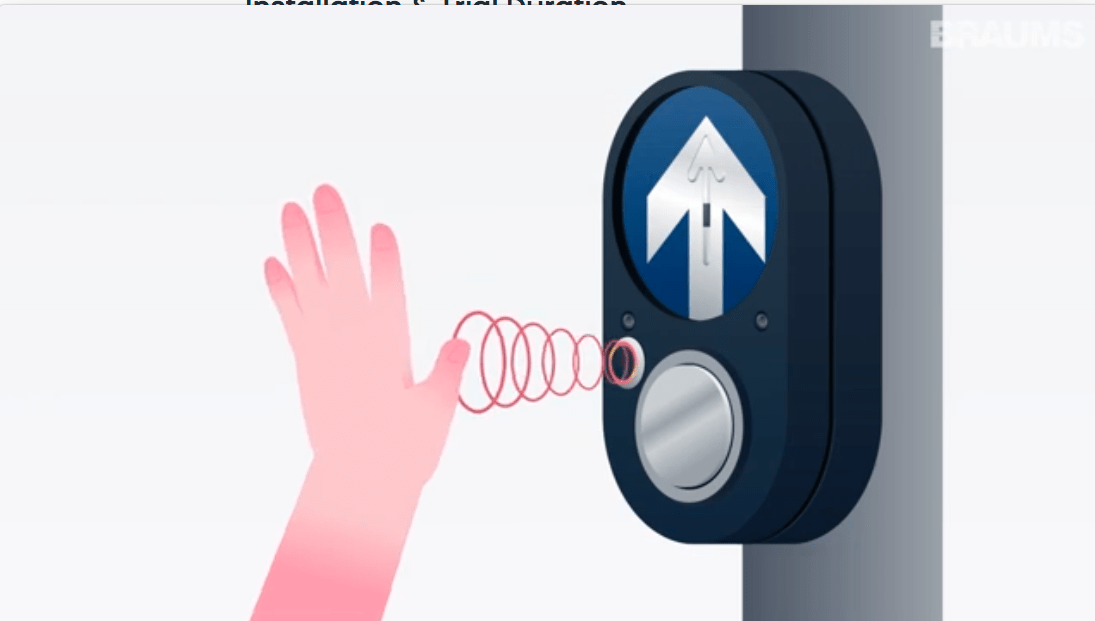 Do you want to know more about the latest developments on smart traffic control?

Join Intertraffic ON AIR on the 20th of April.

Find the line-up of speakers and register >

So where have the hubs of innovation, the hives of activity been? In Australia, for example, smart pedestrian crossings have seen a number of fascinating developments.

With traditional push button controls, pedestrians physically push the button at traffic signal intersections to inform the traffic signals they are waiting to cross the road, something that had seemed ordinary and fairly humdrum (albeit vitally important) until the advent of Covid-19. Suddenly physically pushing a button with one’s finger was fraught with danger.

Thanks to advances in infrared proximity sensor technology, pedestrians can now activate the control at a signalised crossing or intersection with just a wave of their hand and no physical touch is necessary.

Vastly improved hygiene measures are now entirely necessary and will be for the foreseeable future. The risk of infection is greatly increased by human-to-surface contact so the introduction of a contactless hygienic alternative to standard pedestrian push buttons that are activated by waving at them protects the public against potential contamination of their hands and virus spread. 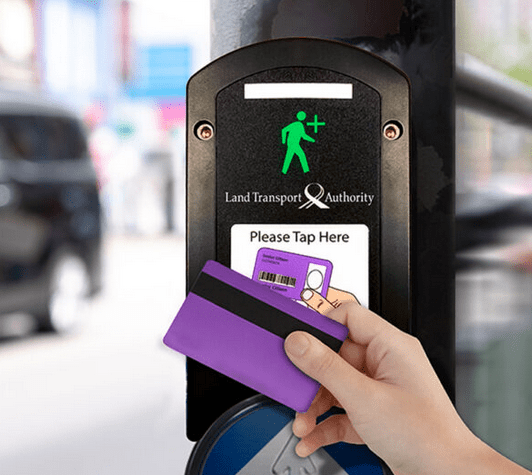 Looking out for the vulnerable road users

To much the same end the Florida Department of Transportation (FDOT) District 5 has launched a holistic pedestrian and bicycle safety improvement project deploying cutting-edge technologies to reduce pedestrian and cyclist accidents.

FDOT’s project envisioned teaming smart traffic control with smart infrastructure technology and ultimately selected an omnidirectional-imaging, real-time computer vision product, for its detection and tracking capabilities. The system can inform the traffic signal controller when pedestrians are moving through the crosswalk, or bikes are moving through the intersection, to minimize conflicts with vulnerable road users, allowing extended clearance intervals only when necessary to both improve safety while maintaining efficiency.

“There is an increase in the availability of data which can be used to understand, predict and optimise how people move across our towns and cities. Data availability spans from traditional loop sensors in the road to support traffic signal control to GPS location data collected from increasing quantities of intelligent sensors and electronic devices,” a representative said. “The key challenge is harnessing this to support more efficient transport infrastructure and ultimately cut congestion and CO2 emissions.”

Local authorities in Europe are now looking at how such data can be used to control congestion, refine public transport and create the transport systems of the future.

One cutting edge solution is cloud-based traffic control that predicts traffic conditions to maximise the efficiency of a junction or intersection. Smart traffic control systems provide intelligent interfaces with public transport and emergency vehicles to prioritise their transition through a Smart Traffic Controlled junction and can provide data to approaching vehicles to support integration with connected and autonomous vehicles.

In the UK, Transport for London have installed traffic lights fitted with brand new optimisation technology on some roads in southwest London. TfL is responsible for managing London’s traffic lights and making sure that their timings are optimised to help people move around the capital as safely, sustainably and efficiently as possible.

Until now, most of London’s traffic lights have been managed using technology which uses magnetic detectors buried in the road to detect passing motor vehicles, optimising timings based on these.

The new Real Time Optimiser (RTO) system will change how these timings are optimised by taking into account a much greater variety of rich data sources, covering all road users rather than just motor vehicles.

Examples of data sources that will be fed into the new system include information on cycling, walking and freight movements across the capital. TfL says the system will enable it to make “intelligent, data-driven decisions about which traffic signals should be placed on their green phase, when and for how long.” 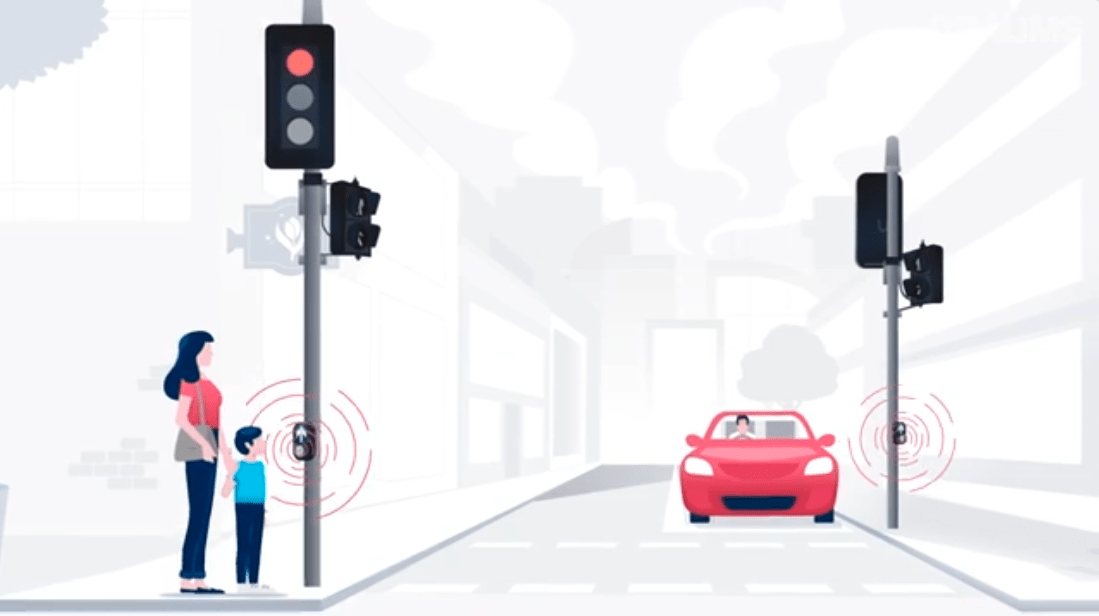 Artificial intelligence-driven traffic solutions have also gained major traction over the course of the pandemic. These solutions supply high-quality images and video that feed real-time data to local officials that they can use to immediately take action or plan a long-term strategy.

These supersmart AI algorithms identify traffic violations in real-time, including red lights, crossing lanes, reverse driving, and lane marking infractions. It’s a similar story in the US where the city of Pittsburgh has deployed an intelligent traffic signal control system at 50 intersections, reducing travel times by 26% and wait times at intersections by 41%. Transport emissions have also been cut by a staggering 21%.

While the world stops…

These are, of course, just a few brief examples of the many and various traffic control advances that have come to light in the past year. Smart traffic control encompasses far more than the smart control and management of road traffic. Pedestrians and cyclists have equally leading roles in the traffic playbook, with health and safety, energy efficiency and air quality pushing the vehicles themselves for the leading roles. This pandemic has changed the way we live, travel, work and drive and it’s testament to the traffic technology sector that this article only has the space to lightly touch upon some of its achievements.

Do you want to know more about the latest developments on smart traffic control?

Join Intertraffic ON AIR on the 20th of April.

Find the line-up of speakers and register >