Change is often scary and complicated. The switch from a fuel-driven world to active transportation is happening, but is it working the way we hoped it would?

How can we best capture cycle data and monitor new mobility device uptake to guide us on future infrastructure? This article looks at the benefits of using piezoelectric strips and pneumatic tubing for collecting accurate cycle and pedestrian data.

Do we feel safe riding bikes and walking compared to driving? Does increased bicycle use really reduce traffic congestion? Are our laws and infrastructure ready for new mobility devices such as e-scooters?

We can only get answers to these questions if we’re actively monitoring bike lanes and shared paths alongside our roads.

And just as important, is to make sure those cycle traffic surveys are accurate. While modest error may not greatly affect the overall data from high traffic roads due to sheer volume, even small discrepancies make a vast difference when collecting bike statistics. 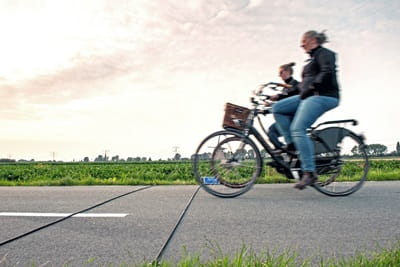 Is classification on bike lanes and shared paths really possible? MetroCount have pioneered a way to do this by counting and measuring the distances between axle hits. “By analysing the raw data through a complicated software algorithm, it’s possible to accurately determine whether sensor hits on a path were made by a cargo bike, scooter, kids’ bike or even a pedestrian or skateboard,” Mike concludes.

The power this kind of data can give traffic engineers and road managers is limitless when implementing Smart City initiatives or designing effective bike and pedestrian infrastructure.

In Chile, the government has been pushing to improve cycling infrastructure nation-wide and uses extensive piezoelectric data collection to guide decision making. The Ministry of Housing and Urbanism work together with a dedicated team of traffic engineers to make sure cycling incentives are being implemented effectively and realistically.

Locations of the 17 data collection sites in Aysen, Chile.

“The Ministry’s main goal is to reduce the number of cars on our streets,” explains Pablo Villarroel, Project Manager for the nation-wide development. “This in turn will lessen road congestion and pollution. But we’re also keen to reduce obesity levels, especially in children”.

The main challenge faced was knowing where and what to build safe, effective cycling infrastructure. And then, how to best monitor the bikes using that infrastructure.

“The Ministry had very specific requirements for data collection,” Pablo admits.” They wanted to know the exact time of arrival of each cyclist, speed, direction and overall volume. Since accuracy is very important, we chose MetroCount piezoelectric equipment.”

The government installed 17 permanent bike counters in the Aysén region alone and continue to use the summarised data produced to monitor a network of newly built segregated bike lanes.

Throughout Australia, where the technology was designed and first implemented, local governments are using piezoelectric bike monitoring systems to measure overall cycling adoption, to boost sustainable funding applications and to develop effective cycling and pedestrian infrastructure.

After installing piezoelectric sensors on both roads and shared bike paths, The City of Fremantle in Western Australia benefit from the data provided.

“We use the cycle data for funding applications, enquiries and general monitoring of our cycle numbers,” says Dwight Kostusik, the City’s Traffic and Design Officer. “We used specific data to supplement our recent cordon count that is used to develop future bike infrastructure.” Data collected in London is stored in a box and analysed using MTE traffic data software.

Likewise, in Central London, Ealing Council is collecting year-round statistics on both bicycle and vehicle journeys at the same location. This is done by monitoring both road and bike lane traffic with embedded piezoelectric sensors. The analysed data is extremely useful in understanding and planning for the shift in transport modes from personal cars to public transport and bicycles. 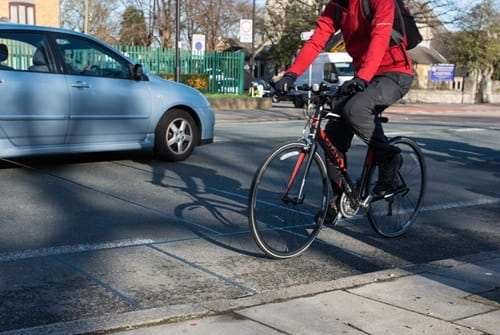 Piezoeletric sensors on road and bike lanes in London, collecting both vehicle and cycle data.

Change is inevitable. And for the most part, it’s a very good thing. With the right tools and a splash of determination the change to implementing effective active transportation initiatives can be simpler and less scary than previously thought.

Metrocount is exhibitor at Intertraffic in Mexico City.

The Netherlands pays people to cycle to work

How can we make cycling safer in cities around the world?