The impact and future of video analytics

Continuing Intertraffic’s look at solutions that have taken the traffic management and smart mobility world’s by storm, Helen Blood explains why video analytics continues to be a game-changer for highways and transport.

As the population grows, cities and towns grow with it. This means that managing traffic levels and how people move around is more important than ever.

People are travelling in different ways, using different modes of travel and they are doing so at different times of the day.

To help provide solutions on the network to the on-going transport demands, traffic managers need up-to-date and accurate data to enable them to make the most effective decisions at the right time and predict what might happen on the road network before it actually does. 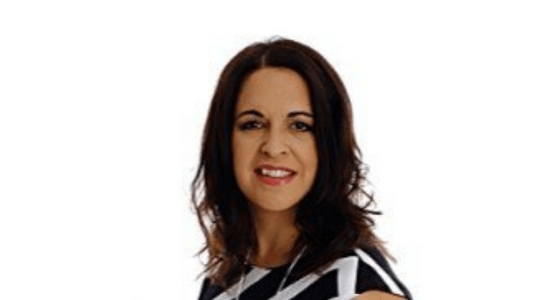 So today, more than ever, the benefits of modern traffic video analytical systems and traffic data collection are becoming obvious and widely accepted. Its flexibility and speed of deployment are recognised in the rapidly changing and fast environment. But how is video analytics being put to good use?

So today, more than ever, the benefits of modern traffic video analytical systems and traffic data collection are becoming obvious and widely accepted

“Traditional data collection methods on traffic and transportation infrastructure proved to be inefficient compared to current possibilities. They are either resource-intensive or time-consuming, providing single-purpose data only. Moreover, they are expensive and complicated to organise or operate, “ says Daniel Stofan, CEO of GoodVision.

Video-analytical solutions based on artificial intelligence can capture all standard classes of motorised or non-motorised units on very complex traffic movements at once. In fact, GoodVision Video Insights doesn’t require specification of the job beforehand, as it extracts all vehicle trajectories and the user can filter them at another moment in the solutions’ dashboard.

“The need for robust data on the transportation infrastructure is also essential to better understand performance, and any improvement needs, support informed decisions and effective investment. With advances in artificial intelligence and computing capacity, there is a significant opportunity to understand infrastructure performance in a short time and to respond to any questions on transportation issues with much more detail than in the past, at a much faster rate and in a cost-effective manner,” adds Stofan. GoodVision has produced comprehensive guidance on how to carry out simple but effective traffic surveys that its GoodVision Video Insights system delivers.

WHO, WEAR AND WHEN 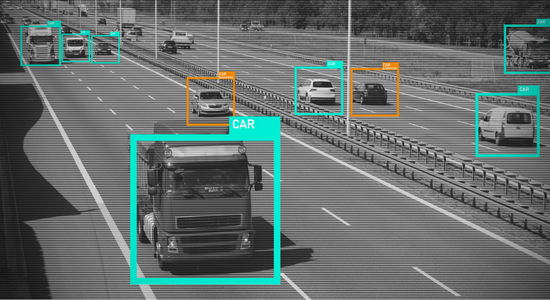 Clearview Technology is using video analytics to keep those who travel upon the network safe. In partnership with LociLabs, the company has developed innovative wearable technology to help protect those working in high risk/volatile environments such as construction, highways, security and lone workers.

Current ‘bodycam’ solutions mean you need different devices for various activities, Clearway has amalgamated these into one piece of equipment for the operative/lone worker in either the form of a body cam or for some use cases the device simply attaches to a workers hard hat – ‘helmet cam’.

With the function to live stream, this also means less return visits to site, you can easily have your co-workers login live to what you are looking at and solve issues in real-time on site, giving the view from the workers eye level perspective.

1080p recording onto the device and 720 live streaming allows any details to be picked up and with an intuitive online-based portal you can view live footage, review footage and even redact faces and licence plate information.

We’ve discussed roadways, but there are many other environments where Detection Cameras form an influential part of a security monitoring system.

Rules-based AI systems operate in real-time, scanning 360° and detecting stationary vehicles at any location within the surveillance radius.

This is also being used to great effect to help identify road condition in real time for example and is used by asset management technology companies such as Gaist, for example.

Rules-based AI systems operate in real-time, scanning 360° and detecting stationary vehicles at any location within the surveillance radius

In 2013, NOW Wireless worked with Transport for London (TfL) looking at linking Journey time to air quality. Taking a stretch of road from Elephant and Castle to London Bridge, the company monitored journey time and air quality.

“We also installed IP cameras at a junction to monitor traffic. This was very useful, as when we saw a spike in NO2, we were able to look at the cameras, and see that the cause was a refrigerated lorry parked up with the engine running,” according to Paul Hudson, Project and Sales Manager at NOW Wireless.

This situation inspired NOW Wireless to develop its own AI, and Air Quality devices, to see if it could see more of these incidents. “We wrote our own Vehicle Classification and Counting software as an additional application for our AI unit. We were then asked to develop this further, as a number of councils approached us stating that they currently use people to go on street and do manual counts and classifications. There were a number of stories of checks being run on the people counting the traffic, and finding them either asleep, or sitting in their car listening to the radio,” adds Hudson.

Pedestrian data can be used in hospitals to see if patients are walking past ambulances with their engines running, and if so, should we move the pedestrians or the ambulances?

Since then, the company has spent a number of years developing, and improving its vehicle count and classification software to not only include vehicles, but also cyclists, and pedestrians. Cyclist data can be used to see if cycle paths are working, or where cycle paths need to be implemented. Pedestrian data can be used in hospitals to see if patients are walking past ambulances with their engines running, and if so, should we move the pedestrians or the ambulances? The company has been asked for specific vehicle recognition, such as ambulances, buses, taxis. This data, along with journey time analysis, can be used for route analysis. Important when you are looking to get an ambulance to the hospital on the quickest route (which is not always the closest).

Helen Blood is co-founder of Boundary Marketing, the only marketing & PR company in Europe dedicated to the highways and transport industry.

IS THIS THE SOLUTION TO ROAD DATA ANALYTICS?
HOW TO MAKE FREIGHT TRANSPORT SUSTAINABLE?
MAAS AS AN INTEGRAL ELEMENT OF SMART MOBILITY