This year marked the 40th anniversary of manufacturer of vehicle scales and sensors Intercomp. Basing its products on strain gauge load-sensing devices, the USA-based company leverages the highly accurate technology and its inherent performance characteristics that include stability over time and during changes in temperature. Although strain gauge load cells are widely seen as the most accurate and are the most widely used in static truck weighing for direct enforcement, the technology has been developed to be effective for weigh-in-motion (WIM) use as well, operating at both low and high speeds. 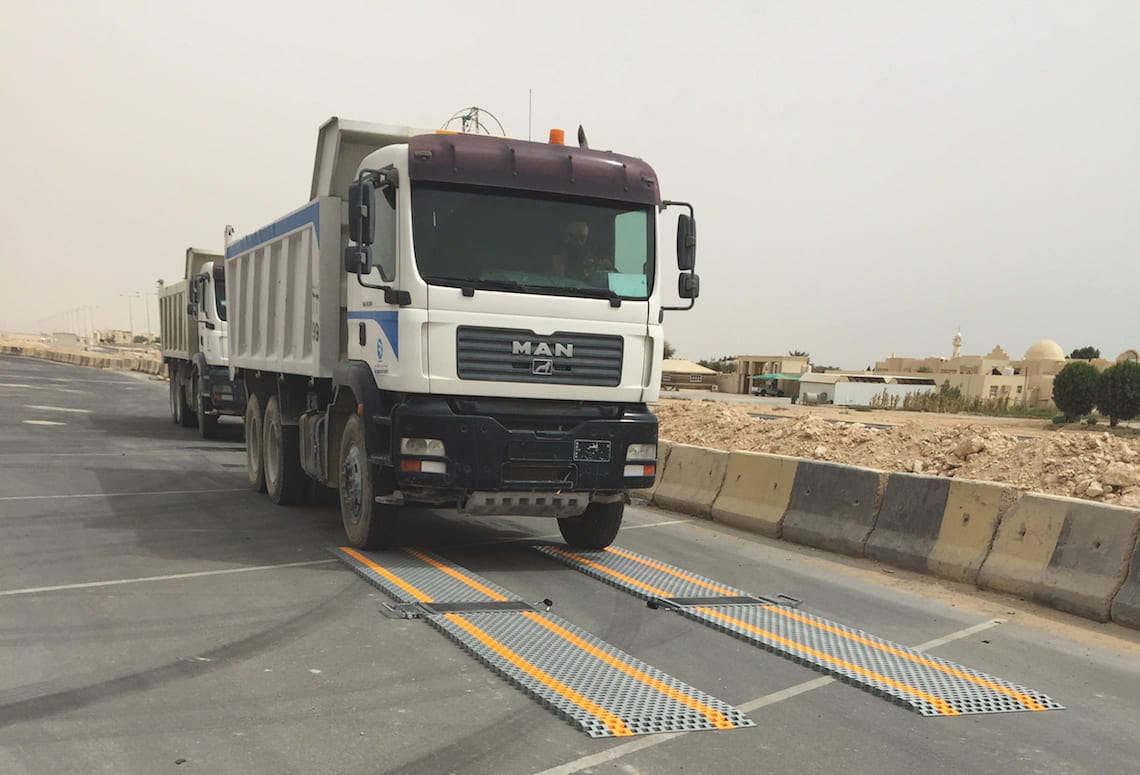 Defining the metrological requirements for WIM instruments for weighing vehicles, OIML R-134 is an international standard that is referenced in many countries, either directly or indirectly, through national legislation. Scales that are certified to these standards can then be used in a variety of applications that require these performance certifications. In 2018, three scales manufactured by Intercomp passed certification testing for compliance with OIML R134.

The LS-WIM axle scale performs highly accurate axle and gross vehicle weighing under 6mph (10km/h). Used in countries that have LS-WIM approved for weight enforcement, the scales are also installed in low-speed screening, industrial check weighing, electronic toll collection (ETC) and automated gate systems. Installed in a frame approximately 12in (305mm) deep, the scale covers the width of the lane.

Using the same technology, but with entirely different dimensions, Intercomp manufactures a strain gauge-based sensor with a nominal sensor size of 2.8in (70mm) wide, less than 3in (75mm) high, and ranging from 39-79in (1-2m) long. These strip sensors have also passed certification performance testing over a wide speed and temperature range. Embedded in the roadway surface and operated in pairs, they provide operators with accurate measurement of wheel, axle and gross vehicle weight (GVW) at speeds ranging from 2-80mph (3-129km/h).

The small sensor depth and form factor enables rapid installation in a vehicle lane in a single day. With the benefits of increased operational speed range and minimal civil works when compared with some WIM scales, the strip sensor is used in a variety of low-, medium- and high-speed weighing applications.

Portable scales
In addition to in-ground WIM scales and sensors, Intercomp also constructs a wide range of portable scales. These portable scales have undergone testing for both WIM and static performance certification to meet different standards.
Capable of operating in weigh-in-motion and static mode, Intercomp’s LS630-WIM has already been certified to NTEP standards in the USA. 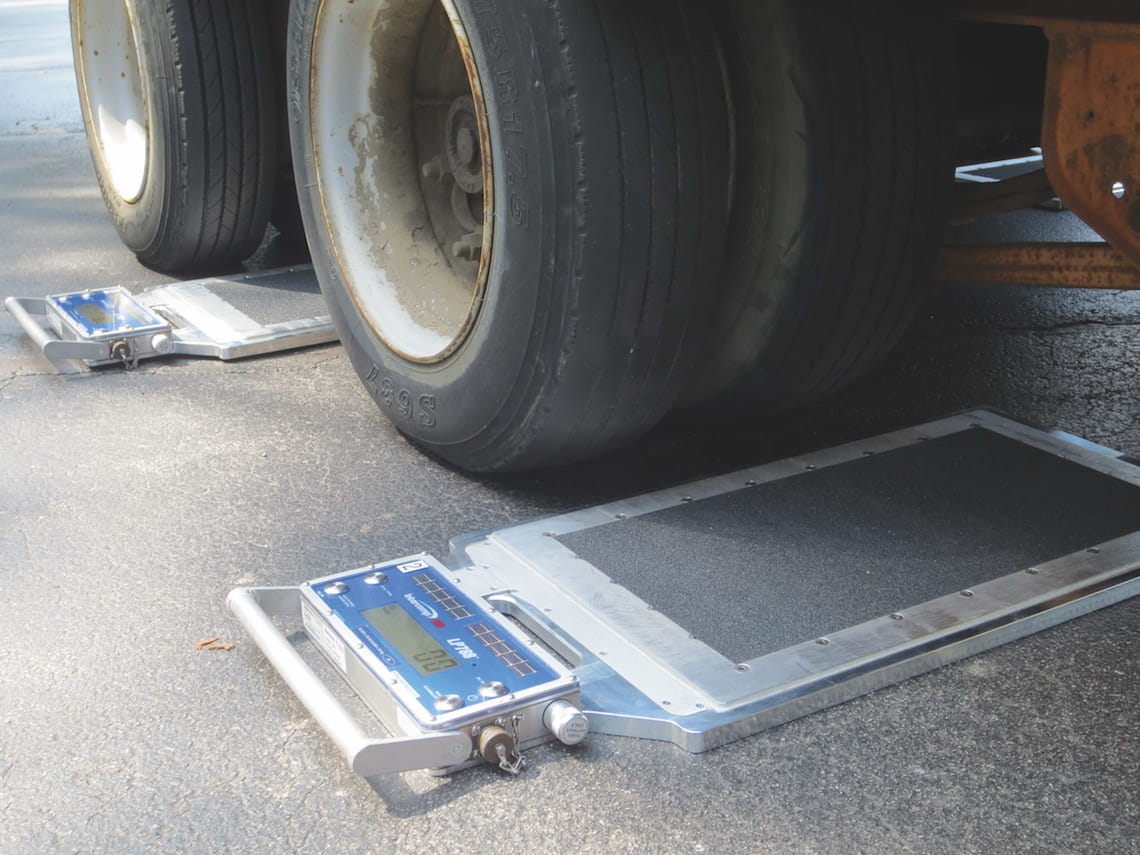 Deployed with roll-up ramps, the scales communicate wirelessly to an indicator for low-speed screening of axle and gross vehicle weights, or stopping the vehicle on the scales for legal weight-enforcement purposes. Testing has been done to OIML R134 WIM certification level, and the future steps for the scales include OIML R76 for static performance testing to that international standard as well.

Integrating strain gauge technology into a low-profile scale, the LP788 wheel load scale can be transported by a single person. It weighs just 39 lb (17kg) and has a scale platform height of only 0.85in (22mm). Deployed in sets for weighing in various locations, the scales are solar powered and wirelessly communicate with indicators and software. The LP788 gives users of portable scales a product unmatched in performance. Already NTEP approved for enforcement use in the USA, certification testing for OIML R76 static weighing is currently in progress.

The diversity of options for in-ground and portable WIM and static scales and sensors from a single manufacturer gives users a wide range of products to choose from depending on the weighing requirements. Leveraging advances in its technology, Intercomp is providing performance-tested weighing devices to acquire vehicle and weight information wherever it is required.

Words: Jon Arnold, Intercomp Company, USA. This article was originally published in the 2019 edition of Intertraffic World. Visit Intercomp during Intertraffic Istanbul at stand 10A-128.