There were only 66 years between the first manned flight and the first moon landing. Transport technology, if you excuse the pun, moves at an incredible rate and if you look back at new technological developments that took you by surprise at previous Intertraffic shows it becomes clear that on a daily basis we’re using things that weren’t even at the prototype stage 10 years ago.

With that in mind we asked a selection of experts, colleagues, exhibitors and visitors to identify one new solution that in 2012 would have been dismissed as a flight of fancy. We compiled our top five, in no particular order, but if there’s something not included in this article then please get in touch with your own nomination and we will include it in a revised version later this year.

Firstly, two notes. One, we have not included Mobility as a Service, largely because although it was still a fledgling sector there was plenty of talk in the traffic and transport press about the rise of MaaS. Secondly, perhaps the biggest change over the last decade is that private sector investment into smart transport projects now has the edge over public sector, but our survey was focused on the technology itself – but perhaps we can revisit this as a separate feature at a later date.

More articles on this topic

COLLECTIVE INTELLIGENCE: LEARNING FROM EXPERIENCE
DATA DRIVEN TRAFFIC MANAGEMENT: A QUESTION OF TRUST
SMART MOBILITY: FROM DATA TO INFORMATION TO INSIGHT TO ACTION
URBAN MOBILITY DEVELOPMENTS: PAST AND FUTURE

New challenges are forcing transport operators to look for new, smart solutions. Artificial intelligence (AI) technology has evolved rapidly over the past five years, and advances in next-generation sensors are successfully addressing these challenges. Simply put, AI is changing the way that the transportation industry functions. The parking sector, the world connected and automated vehicle, traffic management scenarios, environmental measuring – all constituent parts of the smart mobility sector that are increasingly feeling the benefit of huge advance in artificial intelligence. The potential for AI is almost limitless. We use AI, knowingly or otherwise, multiple times every day. Its influence can range from changing traffic flow based on particulate matter emissions to a social media platform showing you an advert for a product you have just talked about in a mobile phone call to handing over control of monotonous, laborious tasks such as crop-reaping or long-distance logistical operations. “If we're going to have a discussion around how potentially AI can make a leap forward, we must look at its use in connected and autonomous vehicles. CAVs collect petabytes (1015) of data about the world around them on a daily basis,” says AI expert Keith McCabe, “and most of it is thrown away, or barely analyzed at all, apart from in the instant that it's collected. However, if you can analyze a bit more we can have a much better understanding of the road network, or the other networks that connected and autonomous vehicles are used on. Artifical intelligence allows for that.”

The more we can interpret that data the better understanding we have of those networks and the world they inhabit. AI affords the ability of taking that vast quantity of data and turning it into useful information and helps the private and public sectors to come to agreements with the organizations that are collecting those vast quantities of data to see how that information can be used. Artificial intelligence gives us a much richer understanding of the world around us.

A decade ago there was still a lot of doubt over the long-term validity of electric vehicles. Range anxiety, production costs, charging point availability and battery life were just a few of the major concerns, along with the perennial issue of the price of EVs against regular ICE-powered equivalents. 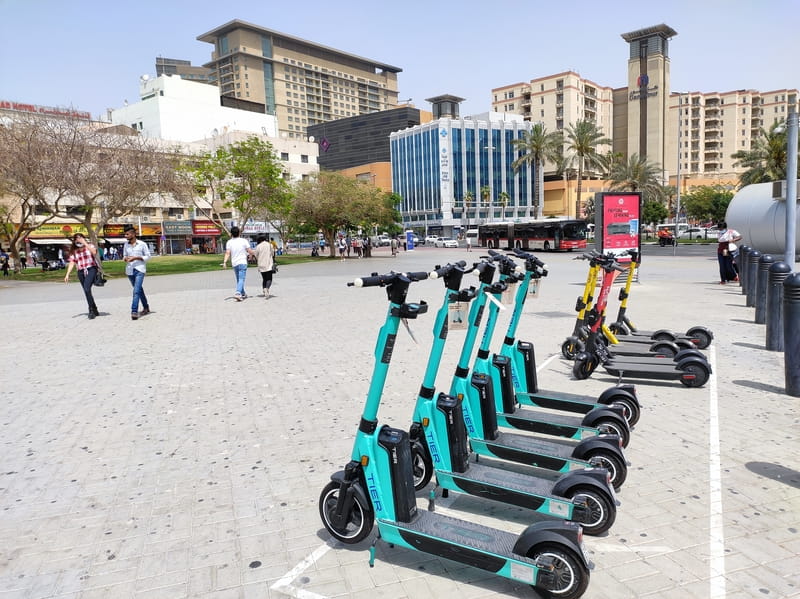 Some of those issues are still relevant (to a lesser extent) but we’ve all seen the statistics: EVs are here to stay and models such as the Nissan Leaf have been appearing in the top three new car sales lists all across Europe for five years or more. What has helped to propel the EV sector into our list, however, is the proliferation of shared mobility offerings and, in particular, shared electric mobility. Be it shared electric cars, electric bikes or electric scooters, the two markets morphing together over the past few years have sparked a boom that was almost unthinkable in 2012.

Transporting goods and people isn’t just limited to our roads, railway lines and seas, of course. Intertraffic may well focus on “land transport” but new advances in aeronautics are set to take the transport sector by storm.
Yes, the notion of having your takeaway curry delivered by a small unmanned aircraft is still a fair way off being a reality in Europe, but highly automated, low-altitude Advanced Air Mobility solutions are, literally, on the horizon with some projects already underway. The first commercial operations are expected to focus on the delivery of goods by drones and the transport of passengers, initially with a pilot on board. Later remote piloting or even autonomous services could follow. Several pilot (in the test sense of the word) projects are under way and some European manufacturers have already applied for certification, including for piloted vehicles for passenger transport. The European Union Aviation Safety Agency (EASA) is working with them on the airworthiness of the vehicles. 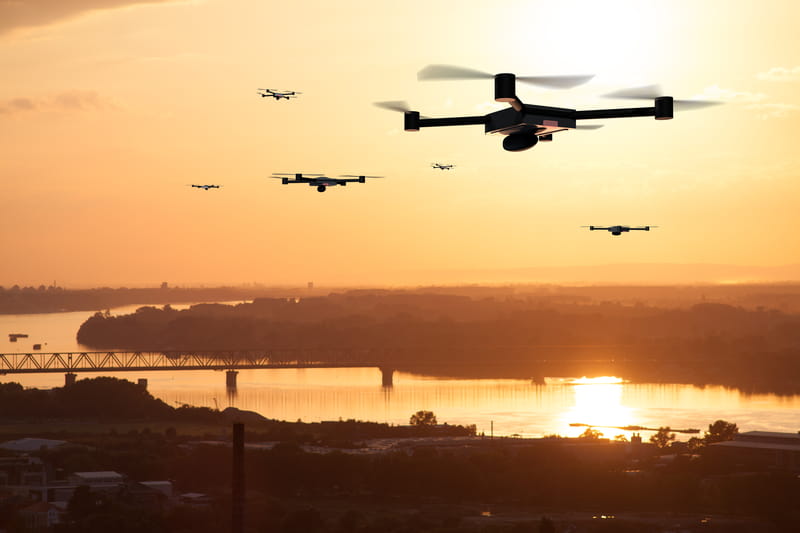 In the US NASA’s vision for Advanced Air Mobility (AAM) Mission is to help emerging aviation markets to safely develop an air transportation system that moves people and cargo between places previously not served or underserved by aviation – local, regional, intraregional, urban – using revolutionary new aircraft that are only just now becoming possible. Europe is surely set to follow.

The Aeronautics Research Mission Directorate (ARMD) initiated the AAM Mission Integration Office during 2020 with the objective to “promote flexibility and agility while fostering AAM mission success and to promote teamwork across ARMD projects contributing to the AAM Mission. The AAM Mission will address a broad set of barriers necessary to enable AAM [that] will be accomplished with the contributions made by projects across the mission directorate.” 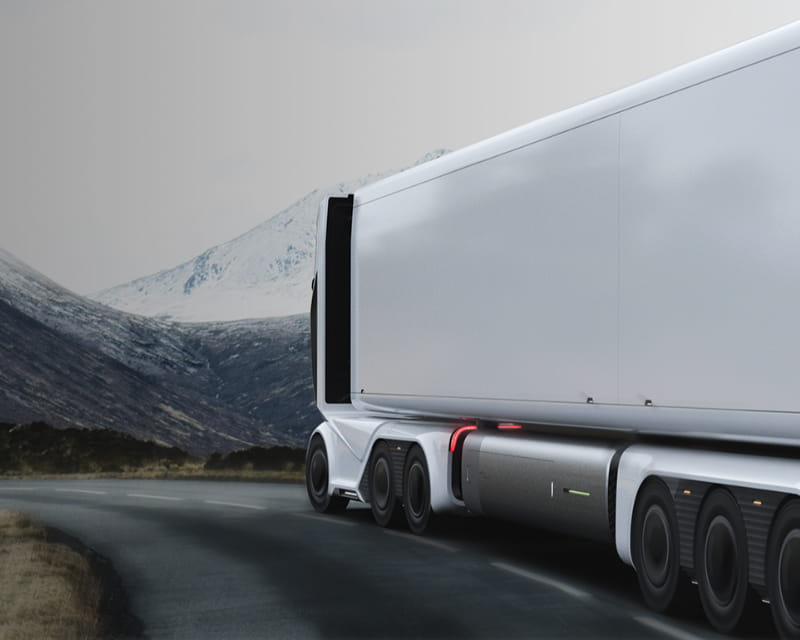 In the first iteration of our 5 Minutes With… feature we spoke with Matthias Schulze who was instrumental in the CHAUFFEUR and CHAUFFEUR II electronic tow bar projects in the late 1990s and early 2000s that were the undoubted precursors to the huge strides currently being made in the automated truck sector. If that is the case, then, why include automated trucks in a list of technologies that were unimaginable 10 years ago? It’s simple: the aforementioned great strides. If there’s one facet of intelligent transport that has “broken through” in the last five years, let alone 10, it’s automated trucks.
Much has been made of driverless vehicles being ready-made for the mining industry, but companies such as Kodiak, Peloton and Einride have taken the concept of huge, multi-wheeled autonomous vehicles on our roadways out of the realms of science fiction and into reality. There are still challenges ahead (such as refuelling) but with the support of logistics giants such as FedEx and UPS driverless trucks are a long way down the figurative road.

TRAFFIC MANAGEMENT AS A SERVICE (TMAAS)

Although TMaaS could be included under the Artificial Intelligence heading it deserves its own entry. It addresses the need for a next-generation traffic decision support system using both AI and machine learning techniques. It is a prime example of the application of industrial grade information technology approaches to the delivery of next-generation transportation management. It is delivered through a Software as a Service (SaaS) approach that enables rapid integration into existing traffic management systems and business processes, while avoiding the need for extensive hardware and software installation on premise.
TMaaS, with Israeli specialists Mobi leading the charge, makes use of a unified data set that is established and managed as part of the implementation process. In addition to automated artificial intelligence decision support, the system provides enhanced data quality management by effectively applying performance management techniques to data. It supports cross agency cooperation and coordination through the provision of collaborative tools. TMaaS provides customized dashboards that visualize traffic phenomena and deliver the information required for both non-technical decision-makers and technical operations staff. 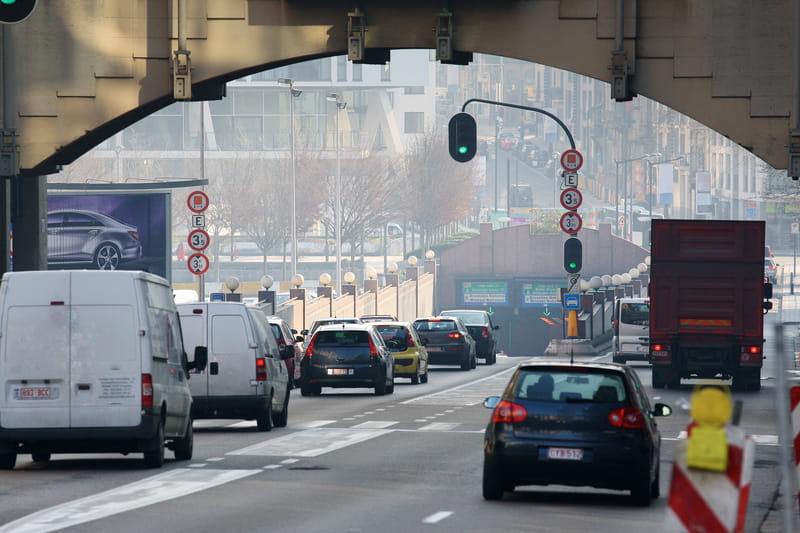 The ability to convert data to information and to extract insight and understanding as the basis for new action plans and responses, also provides a higher level of monitorability. It leverages existing sensor infrastructure and provides additional information that is vital for independent monitoring and decision-support. The decision support advice provided can also be shared across agencies and stakeholders through the use of the integrated collaboration support tools.