As Intertraffic turns its attention to South America for its show in Mexico City this November, Django Mathijsen takes a look at Bogotá’s innovations in congestion pricing, and how a new smartphone app could soon help Colombia’s capital implement pay-per-mile road user charging. An extended version of this article will be published in the forthcoming Intertraffic World 2023 magazine.

Although Bogotá has been fighting congestion for decades, restricting private vehicles and investing in bike lanes and public transport, it still is one of the most congested cities on the planet. But traffic managers are working hard with scientists and engineers on an innovative tool to curb the looming gridlock: flexible congestion pricing which doesn’t require large investments.

Bogotá has an extensive public transport system with high-capacity buses on segregated lanes along highways, and smaller buses sharing regular streets with other transport modes. Every four years, mobility is assessed: in 2019, walking was still the most popular mode of travelling, public transport was used in around 30% of trips, cars 14% and motorcycles 7%.

Transportation demand reduced during Covid, but Bogotá was still the 8th most congested city on the planet, according to Inrix, with drivers on average sitting 94 hours a year in traffic. says Germán Escovar Álvarez. Trained in transportation at MIT, he’s an advisor to the secretary of mobility of the city. He explains that more cars and especially motorcycles are being bought in Bogotá: “Some people have long trips where public transport does not fully respond to their needs. In Latin America, as development and wealth increases, one of the first things people want is a car. That’s one of the things we’re concerned about. That’s why we’re investing in public transport, bike lanes and sidewalks. We have one of the largest bus electric grids in the world. But there are trends that are hard to reverse. And the national government is promoting clean vehicles aiming to foster employment and promote economic activity.”

In 1998, Pico y Placa (Peak and Plate) was launched, restricting car use during rush hours in the city centre, based on their licence plate and the day of the week. This worked for a while… until it backfired: people started buying a second vehicle to circumvent the restriction.

In 2020, a modified policy was introduced: Pico y Placa Solidario. Citizens can now buy a permit to drive without restrictions: prices start at 12 dollars for one day, 520 dollars for six months (in a country with a 250 dollar-minimum wage). Drivers can also waive the restriction for free if they share their cars with at least two other passengers.

“About 33,000 car owners are using the paid permit every day,” says Escovar. “That was the first time we started charging to drive. The money goes to public transport, so it is transferring funds from people who can afford the permit to the low-income population who use public transport. But people who drive have different levels of income. So, the fee for the permit isn’t fixed but depends on estimated emissions (engine size, type of fuel, year of manufacture), if a car is registered in Bogotá, and the commercial value of the car.

The restriction is now from 6am to 9pm. We will probably need to get rid of Pico y Placa at some point. But we’re approaching it step by step. In the long term, as we capture more information, we aim to charge according to the characteristics of each person, the characteristics of their cars and the use they give them. Therefore, usage should be measured in kilometers, not days.

So the city called for proposals to test systems that eliminate enforcement problems and explore new ways to reduce congestion. ClearRoad, a US-based transport and technology company, was one of the companies selected to run a pilot.

“Initially, we came to Bogotá to demonstrate congestion pricing using plug-in devices,” says Frederic Charlier, who founded ClearRoad five years ago. He’s an automatics engineer with a business MBA who was the project manager of the first Oregon road usage charging program in 2015, and in France launched the tolling service ‘Bip&Go’, which now operates in Spain, Italy and Portugal too. “But the city’s secretary of transportation said it needed to be mobile phone based, because there realistically would be no way for them to install dongles in every vehicle.”

The traditional way of doing congestion pricing (as implemented in London and Stockholm) relies on cameras, which require a huge investment. “Those models only work in highly centralized megacities,” Charlier says.

Even Los Angeles wouldn’t be able to do that because the density in the city centre isn’t large enough to justify the infrastructure investment. 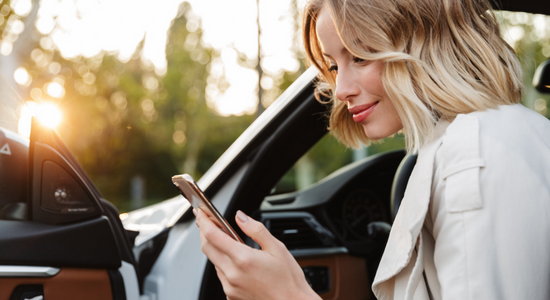 So ClearRoad is developing distance-travelled congestion pricing based on a smartphone app. This is flexible and affordable for developing countries, it can be rolled out quickly and seems to be a worldwide first.

ClearRoad and the city ran a three-month pilot from April to July 2022: ParceGo. The aim was to determine if measuring and charging congestion this way would work, identify limitations and opportunities, find out the optimal pricing scheme and understand how people would react.

Over 2,530 people applied to participate, of which 225 became ParceGo users, recording all their trips with the app.

ClearRoad asked Cornell Tech to analyze the data and help determine a suitable pricing scheme. “It’s a great opportunity for learning from data to test our ideas,” says Andrea Lodi of Cornell Tech, who is a researcher in mathematical optimization, working on traffic management. “We hope to be able to contribute to the wellbeing in cities.”

Getting access to this kind of data is rare, but Lodi feels it is improving: “There is a big movement toward smart cities. Big cities are dealing with lots of problems. A huge amount of work is being done by scientists and practitioners trying to fix them. Data is the new resource everyone is looking to. Simulations and data analyses help us better predict the effect of policies. As a scientist, and citizen of the city of New York, I’m optimistic about data use in trying to mitigate some of the problems.”

If the problem is formulated correctly, congestion pricing should be able to reduce congestion and decrease the use of private cars. It should spread pollution and increase public transport use.

The app registers the path a participant takes, and surveys are held to understand at which prices people will decide to use public transport or cancel their trip. “Cancelling is an extreme situation,” Lodi comments, “maybe sometimes not even the right one. But considering nowadays we also have more working from home, maybe that is one way.”

The app is currently just gathering data, measuring trip distances and finding out where congestion is worst. If the distance calculation of the app is good enough, the next step would be to use it for the congestion charge. Then it has to provide more data, like the number of occupants, since a car with three people is not subjected to restrictions.

And we have learned from the pilot that it could be important for apps to automatically detect if the owners are driving.

The app could, based on speed, location and vibration, identify if you are driving, walking, on a bike or standing still,” Charlier adds. “We have not implemented that modal detection yet, but this is being done by others already. That algorithm is not 100% accurate though, so there always has to be an opportunity for the user to requalify the trip if there is a mistake.”

Nobody will be forced to use an app. That would be impossible since part of Bogotá’s population cannot access a smartphone or doesn’t want to share private information. It would also require major regulation changes. “We will probably maintain the policy we have, give the option to use the app and incentivize people to do so,” Escovar says, who is aiming for a charging app to go live in the next few years.

It's ambitious, but barring any legal or political roadblocks, Escovar thinks it’s feasible. Charlier agrees: “The scale would not immediately go from zero to two million people. It would go gradually, making that quick rollout possible. Bogotá is unique because it already has congestion management which is adaptable to what we are proposing. The app is presented as a benefit to the user.”

Lodi also agrees, with two caveats: “We will need to see if the sample of data we are receiving is big enough for generalization. And then we have to do the engineering.” Finding the optimal pricing takes an awful lot of research and computational time, but in practice it is okay to cut a few corners, as Lodi explains: “You can avoid solving too optimality by saying I’m happy with a good solution.”

Escovar thinks that with Bogotá’s congestion, they will have to launch an app in 2023:

It will probably not be ideal yet, but we will then improve it.

Author: Tom Stone
Look out for an extended version of this article in the forthcoming Intertraffic World 2023 magazine.

Read more articles about this topic

MEXICO: SUSTAINABLE AND SAFE MOBILITY FOR ALL IN 2030
A WHOLE NEW APPROACH TO TRANSPORT AND CLIMATE CHANGE
SMART MOBILITY: FROM DATA TO INFORMATION TO INSIGHT TO ACTION