Following on from Intertraffic’s two-part feature on Italy’s smart urban mobility programmes and funding sources last month, the focus now shifts slightly, in geographical terms, to Italy’s easterly neighbour, Slovenia. The former Yugoslav republic, bordered by Italy, Austria, Hungary, Croatia and the Adriatic, has long been a desirable tourist destination thanks to its combination of beautiful cities, dense forests, mountainous backdrop and (albeit tiny) spectacular coastline… but what of its smart city ambitions?

In part one of this article we will look at the smart urban mobility efforts of Slovenia’s capital, Ljubljana, and the city of Novo Mesto. Both have a number of projects underway that will ensure the country’s major cities are among the smartest in the region but, as with all such smart transport projects, the money has to come from somewhere. Intertraffic delved into the appropriately clear waters of the European Commission’s funding programmes to find out exactly where… and how much. On 12 September the Partnership Agreement for the period 2021-2027 between Slovenia and the European Commission was approved, and Slovenia, with a population of just over 2.1 million, will benefit from €3.26 billion in Cohesion Policy funding. It is not possible at this stage to outline specific programmes or projects as these have yet to be finalized and approved by the Slovenian Government and the European Commission alike.

However, of interest to the Intelligent Transport Systems and Smart Cities sector, the country will receive:
€511 million for ‘Connected’ actions, €806 million for ‘green’ actions and €727 million for ‘smart’ actions (see items 1 and 2 below). Technical assistance is allocated €108 million covering all sectors. (Other sectors will receive €769 million for social, €94 million for ‘closer to citizens’ and €249 Just Transition actions- shifting away from coal.) The Partnership Agreement provides funding from the European Development Fund (ERDF) and the Cohesion Fund in these areas of interest to ITS:

1. Climate Change and the Green Economy
This covers mobility and climate change. It aims for a greener, low carbon transition towards a net zero carbon and resilient economy and mitigating climate change risks, as well as dealing with the whole spectrum of the energy sector. In essence the ERDF and Cohesion Fund will provide over €511 million for ‘Connected’ actions to support sustainable and smart mobility, as well as improving public passenger transport and modernising and upgrading the rail network.

2. Boosting (smart) economic competitiveness and reducing regional disparities
Of lesser interest (because it is not clear how much of this will involve digitalisation), the €727 million under the ERDF will be invested in “research and innovation for the business sector and promoting the digital transformation of the economy”, referred to under the ’smart’ category.

The EU Research and Innovation Directorate’s Horizon Europe has invited 100 cities to take part in the goal of Climate-Neutral and Smart Cities by 2030 initiative. This Cities Mission will receive a total of €360 million over the period 2022-2023 for all 100 cities. Slovenia has three cities selected to take part: Llublijana, Kranj and Velenje. Slovenia could therefore receive around €10 million.

Each city will create a Climate City Contract between local partners and citizens with the help of a Mission Platform run by the project NetZeroCities. The overall plan covers a range of sectors including transport, as well as related investment plans. This covers sustainable, safe and smart mobility and digitalisation. Proposals are expected for:

Dedicated calls for cities participating in the Mission will be organised for demonstration projects, such as hydrogen-fuelled public transport as part of the “first hydrogen city” in the EU

The Need for Other Financial Support

This Cities Mission is rooted in Research & Innovation (R&I), but activities supporting the Mission and its objectives under Horizon Europe will not be enough to cover the much larger funding and financing needs of cities in reaching climate neutrality. The cities themselves have limited resources and substantial investment will be needed to reach the objectives in the areas of energy efficiency, renewable energy, green transport, and many will rely on deployment of existing technology which lies outside the remit of the Horizon Europe Regulation – hence the need for the ERDF and the Cohesion Fund. 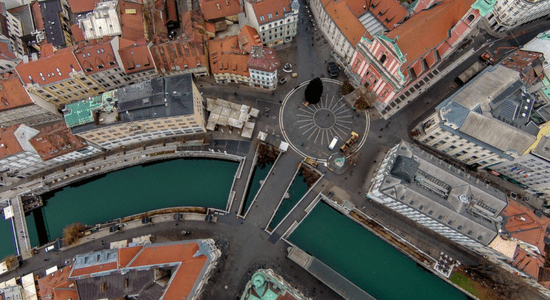 Also, the new Digital Europe programme (DG Connect) will support the transition to sustainability for cities through digital transition, in particular by helping cities procure interoperable, local data platforms that enable the management of cross-sectoral data flows and the engagement of a variety of stakeholders. This digital programme will also support the creation and validation of a data space for climate-neutral and smart communities. Examples of the validation projects could address mobility, energy management, zero pollution and climate mitigation.

The new Digital Europe programme will support the transition to sustainability for cities through digital transition, in particular by helping cities procure interoperable, local data platforms that enable the management of cross-sectoral data flows

InvestEU is a demand driven instrument that will provide repayable financing support (debt, equity) to a variety of eligible projects through implementing partners such as the European Investment Bank Group (EIBG), the European Bank for Reconstruction and Development (EBRD) and other National Promotional Banks. Supporting sustainable infrastructure, energy efficiency and clean transport are among InvestEU's top priorities. Cities participating in the Cities Mission could therefore seek InvestEU supported financing for their green projects.

For the second phase of the Cities Mission, as of 2024, the Commission is considering setting up a new Cities Mission Blending Facility to support cities with the ambition of becoming climate-neutral by 2030. The Mission Board has been advised to set up a new lending and blending facility, co-financed by Horizon Europe and InvestEU, via the EIBG, the EBRD, National Promotional Institutions, private investors and foundations to effectively support the Cities Mission and the implementation of the Climate City Contracts (CCC). This facility could be a joint effort between the Commission and the EIBG and potentially other national and international financial institutions and would be supported through InvestEU, in particular the “Research Innovation and Digitalisation” and “Sustainable Infrastructure” windows.

Larger single investments are being made into major schemes, such as urban public transport projects. The majority of the investment needs will have to be covered by private investors

The EIB Group finances structures that contribute to smart and green urban development. These include urban framework loans which can focus on climate investment, and which co-finance multi-sector investments across a 4-5-year time slice of a city’s multi-annual investment programme. Larger single investments are made into major projects such as urban public transport projects (i.e. investment loans). The majority of the investment needs will have to be covered by private investors (individuals, companies, commercial banks, other private investors). InvestEU and other EU Programmes can bolster future investments across the EU to help mobile private investments and provide advice to projects and operators in the area of sustainable infrastructure and mobile assets, as well as support innovative companies and SMEs in the areas of smart and sustainable mobility.

Thanks to Margaret A Pettit of CLEMATIS Consulting for her invaluable inputs.