With the countdown underway to the doors opening on the biennial event, James Allen reports on why excitement is building around Intertraffic Istanbul.

The eyes of the traffic technology world are turning eastward as Intertraffic Istanbul fast approaches.

Kicking off on April 10, 2019, the Istanbul Expo Center will once again bring together the industry’s leading lights within the borders of Turkey’s sprawling, transcontinental city. With only a short time left, last-minute preparations are underway, but anticipation is building around what is gearing up to be a packed show. 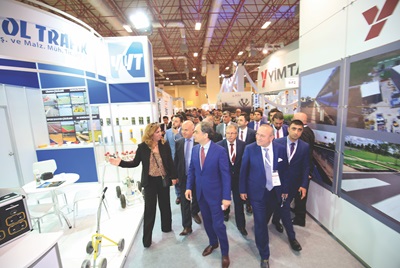 Much has changed in the industry since the last Intertraffic Istanbul two years ago, according to Joyce de Winter, exhibition manager at RAI Amsterdam and host for the Istanbul event alongside Turkish company UBM: “The industry is clearly in transition; the traveler – the end user – is now in the lead, looking for seamless means of sustainable mobility. Whereas the focus globally in 2017 was on the autonomous car, we now see a shift toward cooperative and connected mobility. Big data is key in the whole process and traditional players will need to come up with new business models to reclaim their role in this altered ecosystem.”

As organizers of Intertraffic events across the world, de Winter and her team are acutely aware of the topics foremost in the minds of the industry’s movers and shakers.

Harnessing this knowledge, the three-day conference program in Istanbul will include, among others, sessions on sustainable smart mobility, the influence of big data in the traffic technology industry, and whether Mobility as a Service (MaaS) can benefit Turkey and the MENA (Middle East and North Africa) region.

“For international exhibitors, we have introduced an exclusive government matchmaking program. Based on their specific requirements, we have a government liaison team in place that will bring exhibitors in direct contact with relevant officials,” says de Winter.

Turkish co-host UBM is well aware of the historic importance its country has for global commerce.

“Since ancient times, and due to its geographic location, Anatolia has been a bridge between the East and the West, while also being one of the most important turning points of the Silk Road,” explains UBM account manager Buket Soyturk. “Today, Turkey’s road authorities are carrying out many different projects, with the aim of strengthening the links that the Silk Road created so many years ago.”

The most populous city in Turkey, Istanbul is rich in history and culture, as well as being the country’s economic center. It means that in addition to the networking and educational opportunities for industry professionals available within the halls of the show, the city itself presents an array of arresting experiences for attendants.

However, Soyturk is keen for people to understand that Istanbul itself serves as a showcase for some of the smart mobility challenges faced by other megacities.

“Turkey’s Ministry of Transport and Infrastructure is overseeing a number of mega-projects. For instance, it has been continuing the work on the massive Kanal Istanbul and there at least 18 major road building schemes planned for completion by 2023 [the 100th anniversary of the foundation of the Turkish Republic],” says Soyturk. “Intertraffic Istanbul exhibitors – such as Aselsan, Ortana, Intetra, Siemens, Ekaldes and Asya Trafik – are part of these new projects at all levels. Since it is the region’s only international traffic and infrastructure exhibition it is the meeting point of all leading companies of the sector. 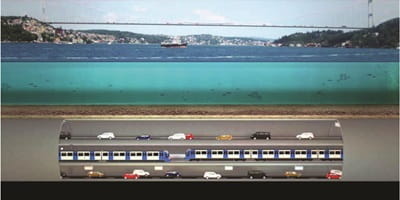 Another mega-transportation ventures currently underway in the country is the Grand Istanbul Tunnel, which intends to provide a route for road traffic, as well as for trains to travel between Asian and European Turkey underneath the Bosphorus river. Once completed, it is expected to be the world’s first three-story tunnel.

With such significant investment being pumped into improving Turkey’s transportation infrastructure, the forthcoming show is well timed. “We know Turkish organizations in this industry are looking for international expertise to jointly work on large infrastructure and ITS projects,” says de Winter. “We truly believe the business opportunities are there and those who are willing to invest their time and energy will reap the benefits.

Your time to shine

Alongside the exhibition and conference, Intertraffic Istanbul is once again giving the most innovative products a chance to have the attention of the international media. Open to all participants of this year’s event, the Intertraffic Istanbul Awards is divided into four categories: smart transportation, municipality, parking and road safety. It will be judged by Turkey-based university academics, members of AUSDER (the independent Turkish association of intelligent transport systems) and civil authorities, with winners announced during the opening ceremony of the 2019 show. Submissions must be made prior to March 15, with nominees announced on the Intertraffic Istanbul website on March 29, where further information can also be found.