How the holiday seasons impact travel patterns and driver behaviour

With the summer holidays almost upon us (those of us in the northern hemisphere, at least) Intertraffic looks at the subjects of driver behaviour, travel patterns and simulation to find out what factors are likely to have contributed to us looking forward to having to sit motionless on a motorway for two hours in the afternoon sun.

Traffic is back then, so it seems. After a year or so of driving on eerily empty roads in the early stages of the Covid-19 pandemic, we’ve now got rather re-accustomed to being stuck in a queue of cars, checking our dashboard clock to work out whether or not we need to call ahead to let our intended meeting host know that we’re going to be late. The advent of the summer holidays will only further exacerbate those traffic levels even further. What factors need to be taken into consideration when local (or national for that matter) authorities are planning road improvements or construction projects in the summer months, and what measures need to be taken to ensure that holiday-season-specific bottlenecks aren’t our abiding memory of our well-earned break? 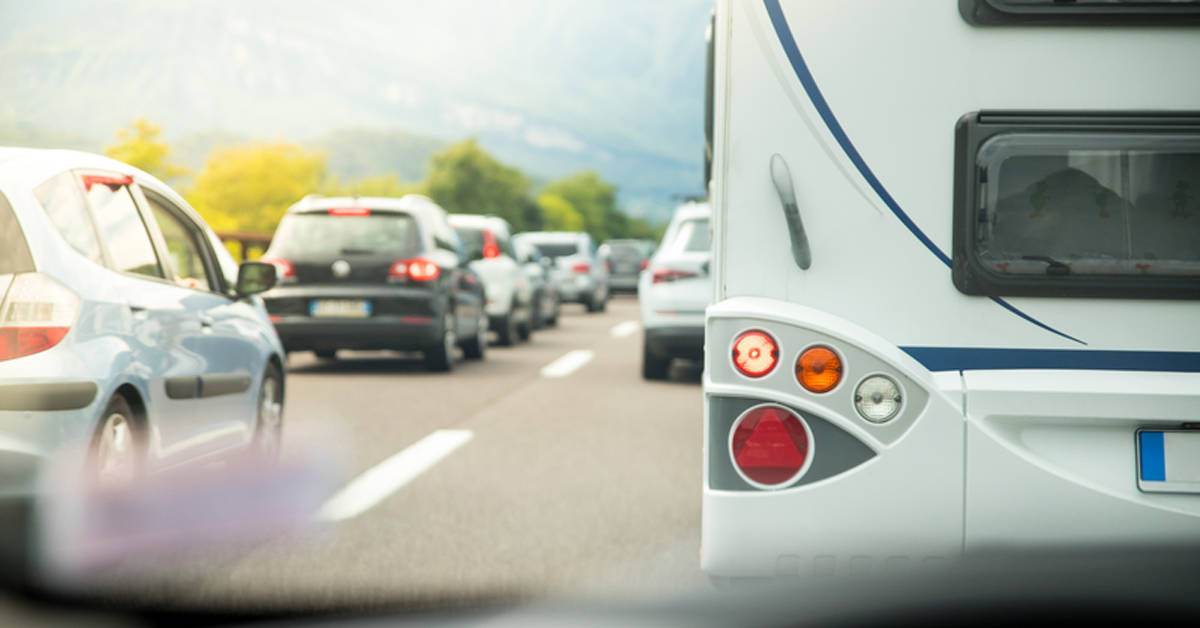 “This is a really interesting topic,” enthuses Dr Robin North, CEO and Lead Technologist of UK-based transport modelling and simulation specialists Immense Simulation Limited. “One of the things that's really interesting about it is that historically, a lot of modelling and simulation was limited by data, and limited by the ability to set up meaningful scenarios. So everyone always defaulted to trying to get an average day and average hour and average person use as a basis for decision making.

"One of the things that's really interesting about it is that historically, a lot of modelling and simulation was limited by data, and limited by the ability to set up meaningful scenarios"

“And there's a lot to be said for that,” he continues, “but there is a lot of variability in how a different day works in a different place a different time of year. And its effected by a lot of different factors: the weather, driver behaviour, all sorts of things. So one of the things we've been on a mission to look at is how you use these tools to look at a wider range of different scenarios. So being able to stress-test your transport system, because not everything is an average Tuesday.”So, Intertraffic enquires, what has changed? Why is accurately simulating holiday-related traffic patterns much less of an inexact science in 2022?

“What this has been enabled by is much better access to data,” North responds. “So there are now sort of robust, large-scale productized offerings from a number of different data providers around the telematics market that many vehicles contribute to and enables us to see what the behaviour is at different points on the network.”

There is far more to it than meets the eye, however, as North elucidates.

“There are also now more accurate measurements of how people are moving around in terms of mobile handset detection methods. So compared to even as recently as five years ago, we've got a vastly better understanding of how people move – and where and when. And something that has really come a long way during the pandemic period was the rapid improving capabilities to measure, adapt, assess differences and, where things weren't ‘business as usual’, where life was different.”

"There are also now more accurate measurements of how people are moving around in terms of mobile handset detection methods. So compared to even as recently as five years ago, we've got a vastly better understanding of how people move"

However, it’s not just the summer months when traffic levels increase. Christmas 2021 saw an estimated 27m car trips made over the festive period in the UK alone, the busiest since 2016 as families and friends were able to gather for the first time in two years.

RAC Breakdown spokesperson Rod Dennis insisted that despite the increasing prevalence of the Omicron Covid variant, research showed that the vast majority of drivers were still determined to ‘do’ Christmas properly in 2021 – in sharp contrast to Christmas 2020. 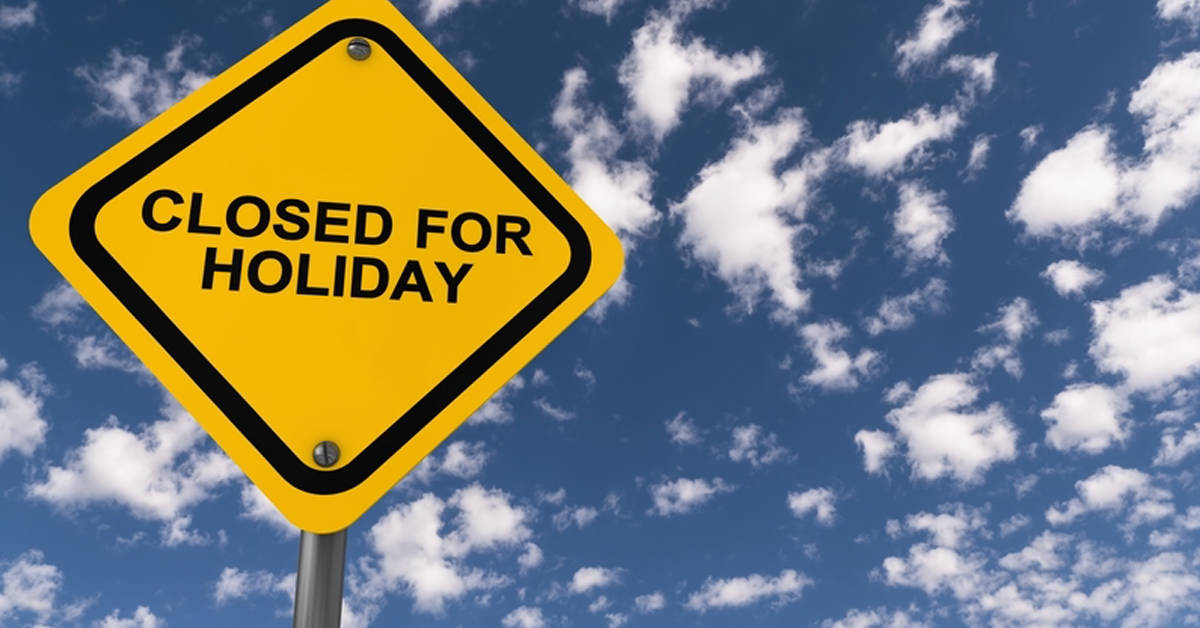 Dennis, speaking in mid-December 2021, said “Our figures this year also point to more drivers using the roads between Christmas Day and New Year for leisure trips than normal – perhaps to make up for the fact that last Christmas was such a write-off for so many people. Popular days for travel are often busy days for breakdowns, so following our advice to help avoid a breakdown in the first place is arguably more important than ever this year. But, for anyone who still runs into trouble, our expert local patrols will be working incredibly hard throughout the festive period to keep them moving.”
INRIX transportation analyst Bob Pishue said: “With kids out of school and many Brits taking extended time off for the holidays, drivers can expect moderate delays around the UK, but heavier congestion on motorways in and out of the cities. Leaving later in the day is recommended, as roads will begin to clog up during the early afternoon.”

National Highways customer service director Melanie Clarke also weighed in. adding: “We don’t want roadworks to spoil Christmas so we’re doing everything we can to make journeys as smooth as possible; that’s why we’re keeping almost 98% of the road network we manage free from roadworks. Our dedicated control room teams and traffic officer patrols are geared up to help those travelling over the festive period and we know from experience that peak travel times can vary in the run-up to Christmas.”

From a transport systems point of view, Robin North and his team have been given a much better appreciation of what is really important and, just as crucially, what isn’t.

“From a simulation point of view, the brief that we have is now much broader. It's not just ‘give us an average Tuesday’ any more, it's ‘how do we understand a peak load on a Friday afternoon and what can we do about it?’… or over this Bank Holiday weekend or over the summer period. What changes should we expect to see when we talk about the holiday season? In the summer or winter, we know that driver behaviour is affected by the weather quite significantly,” he says, “and so within the simulations, we can calibrate the behaviour to rapidly represent how closely people are following each other, how likely they are to want to change lanes, their route, their routing preferences, their destination choices, things like that.”

"Within the simulations, we can calibrate the behaviour to rapidly represent how closely people are following each other, how likely they are to want to change lanes, their route, their routing preferences, their destination choices"

All of those little changes at an individual level can affect the overall behaviour of the network of the traffic, and how and where queues and congestion form.

“There’s been an enormous shift in the technology and the capability. It means that, as industry professionals, we've got a big opportunity to do better than we could previously by purging that data and by including it in our analysis of ‘what if this happens, what if something else happens?’ and get robust, useful outputs relatively quickly so that decision makers can make better decisions.

"There’s been an enormous shift in the technology and the capability. It means that, as industry professionals, we've got a big opportunity to do better than we could previously by purging that data and by including it in our analysis of ‘what if this happens, what if something else happens?"

SCHOOL’S OUT: EVERYTHING CHANGES

In terms of how travel patterns change there are numerous contributory factors. Take the UK as an example: public school holidays start two weeks earlier than the state schools, meaning that in July there are two separate periods where travel patterns peak. Does North find that the patterns are equally noticeable in Europe? Are there evident activity peaks on the Antwerpenring when UK school holidays start?

“To be perfectly honest I'd be speculating, because I don't have data for the Antwerpenring at my fingertips right now!” he jokes, “but we see that sort of behaviour in quite a lot of places where the ratio of the split through-traffic, by that I mean people on long distance trips compared to normal commute trips, is different. So we usually look at different journey purposes, in terms of whether people are travelling to work on a daily commute, whether they're doing school drop offs, whether they're doing long distance leisure trips, things like that.”

Of course, with holiday season travel it’s not just that people have different reasons to travel and they are travelling to different places. Particularly in the summer there are different vehicles in the mix too.

“The mix of trip purposes is different,” says North, “and so is the mix of the types of vehicles people choose to use as well. We see a lot more caravans and recreational vehicles on the road in the summer. We do see differences and detect them. Historically, we would have ignored those differences.”

Finding an average week by which to measure all other eventualities has proved rather difficult.

“We've been trying so hard to get data for a neutral month or a neutral week where you didn't have school holidays, and everything was normal. But actually quite a lot of weeks of the year do have something unusual happening. And every single day is actually a different day with different scenarios and we go from trying to use the data to look for long-term averages and general things to much more near-real time, more specific, more detail of what's happening now or what just happened. And it's the same with the simulation, we're going from what's a big macroscopic average to what's the specific operational detail around what's happening today, or what might happen on Thursday with roadworks that are affecting this part of the network.”

The simple question of “what affects traffic patterns in the summer?” is clearly not as simple a question as it might have been.

"We've been trying so hard to get data for a neutral month or a neutral week where you didn't have school holidays, and everything was normal. But actually quite a lot of weeks of the year do have something unusual happening" 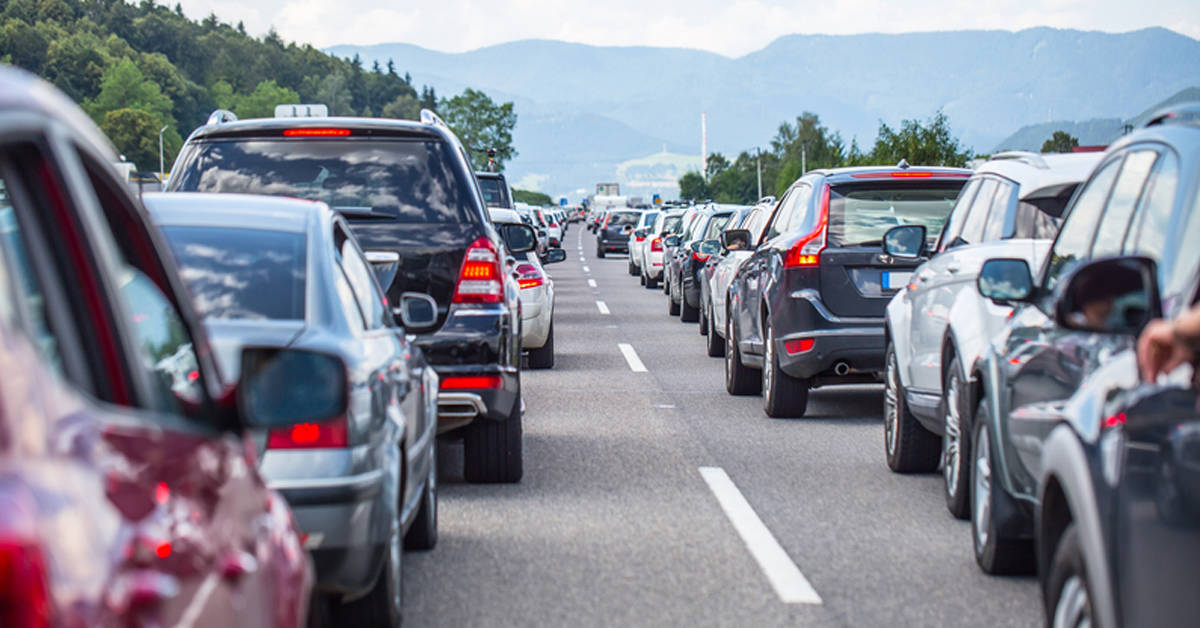 One topic that was far less relevant 30 or 40 years ago is the impacts of multiculturalism in Europe, in particular. There are countless positives to multiculturalism but does North see the travel impacts of, for example, October’s Divali festival in, for example, Sweden? Different traffic patterns, different holidays, different festivals, people taking the time off at different times – it must all have an effect on traffic flows and peaks.

“It's a really question. Of course I'm speaking from a simulation and modelling point of view, more than from a data point of view here,” North points out, “but different communities, different faiths, different musical preferences even, such as Glastonbury or Rock am Ring, they can have really big effects on travel, and therefore traffic and transport effects associated with those kinds of cultural events.”

The power of connected vehicle data